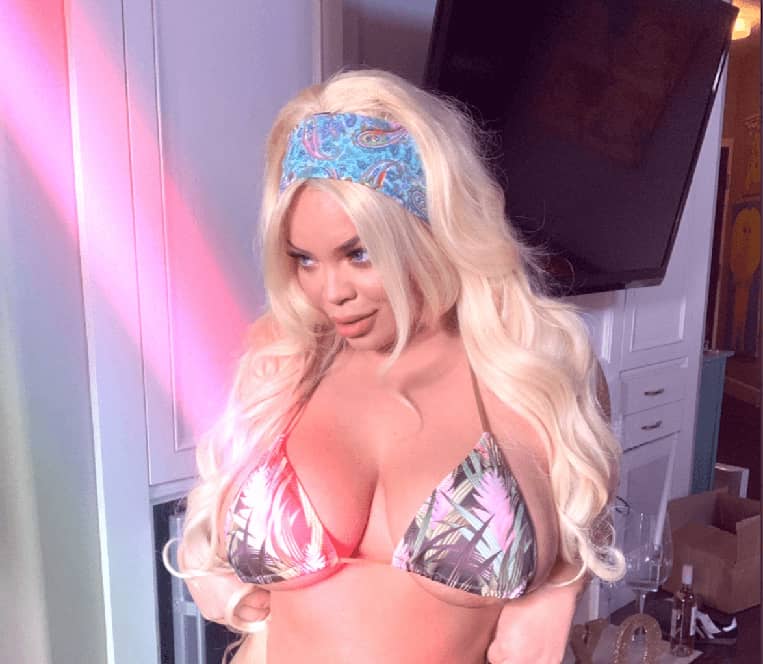 Whether you love her or can’t stand her, Trisha Paytas has built up quite the career for herself online. The content creator has conquered the world of TikTok, YouTube and now, the adult site OnlyFans. But she got her start on ‘AGT’ in an audition that went viral.

How can we forget when Trisha auditioned for ‘AGT’ in 2012? The blonde bombshell wore a pink latex dress that had judge Howard Stern falling in love. Her attempts at rapping failed but she left Howard with major heart eyes. Her audition now has over 12 million views because fans of the show can’t get enough of the second-hand embarrassment. Trish got three red buzzers and was sent packing and the audition earned her even more exposure.

The YouTuber has amassed nearly 5 million subscribers with her music videos, rants and mukbangs that she posts. She has also appeared on several reality shows like My Strange Addiction, The Millionaire Matchmaker and Celebrity Big Brother. On Celebrity Big Brother, Trisha opened up about her past making money as an escort and a stripper. She even claims to have made over $50,000 during a night with an NBA player. Some may even remember her appearance on The Ellen Show to show off her super-fast reading talent. She has put out her own original music and even embarked on her own tour.

Trisha is also a favorite creator amongst TikTok users. Some can’t decide if they love her or want to cancel her, but regardless, she gets tons of views. Her account has over 4 million followers and her videos exposing people like Jeffree Star and Shane Dawson have gone viral.

Trisha has done her fair share of reality television shows and said some controversial things in the past. But recently, one of her biggest moneymakers has been posting content on OnlyFans. She came on Ryland Adams’s podcast called The Sip and spoke about how the most she has ever earned in a month from OnlyFans is $1 million. To achieve such success on the platform, Trisha did collabs with both men and women. Recently, Trisha has been making more explicit solo videos that she promotes on her Twitter account.

Trisha charges $4.99 per month to access her OnlyFans content. She is reportedly one of the top 1% creators on the OnlyFans platform. Her estimated net worth in 2020 was over $4 million.