Tori Spelling Makes a Third Appearance on ‘The Masked Singer’ Franchise
August 27, 2022
Be the First to Comment 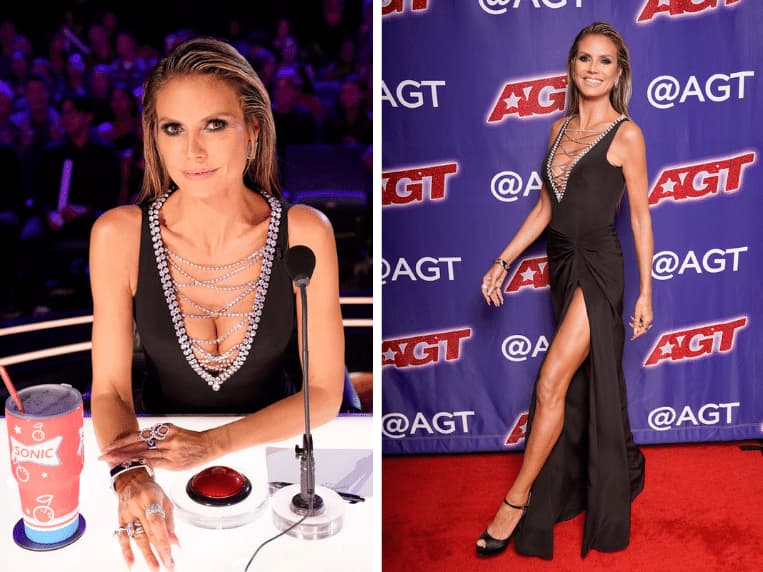 Here’s a closer look of the German and American model, television host, producer, and businesswoman Heidi Klum’s career over the years. From a lengthy 13-year career in modelling to being a judge on one of the most popular talent shows, Klum certainly had an impressive career.

It’s no secret that Heidi Klum has led successful career as a model and explored other opportunities. Throughout her career, she’s ventured into lucrative business and entertainment projects and shows no signs of slowing down at the age of 49.

As a woman with beautiful looks, attractive style, and daring personality the future Model had a lot going for her. A major turning point in her life was when a friend convinced her to enroll in a national modeling contest called Model 92. Of the 25,000 contestants that entered the contest, Klum was voted the winner. As a result, she was offered a modelling contract worth $300,000 by the CEO of Metropolitan Models New York.

Her rise to fame continued to improve with her appearing on the cover of the Sports Illustrated Swimsuit Issue and her work with Victoria’s Secret as an Angel. Both projects truly assisted in her rise to fame and ultimately landed her a place as a household name.

One of her earliest roles in acting was a guest appearance on the 1996 sitcom “Spin City” with Michael J. Fox. Klum also had a part in the 2001 comedy “Blow Dry” which was a big leap from having a guest appearance to a role on the big screen. Following these roles, she appeared in The Life and Death of Peter Sellers (2004) and Ella Enchanted (2004).

She Wins Her First Emmy Award, Joins America’s Got Talent

The transition from acting to professionally producing a Primetime Emmy Award winning reality TV show like Project Runway was definitely a huge success for the former model. With the show eventually becoming a huge hit, garnering Emmy Award nominations throughout the years.

Klum herself won an Emmy in 2013. All while being a popular host of the show under the Outstanding Host for a Reality or Reality-Competition Program. She announced in 2018 that she was leaving Project Runway after 16 seasons of being in the show.

Just two years after the launch of Project Runway, Klum started her run as a host for the German reality television series Germany’s Next Top Model. The model has remained as the sole host of every season of the show ever since. In addition to hosting the previous show, she was also announced to be part of the judging panel on the popular talent show America’s Got Talent in 2013.

Aside from her television endeavors, Klum has a jewelry line, Mouawad jewelry collection, and a clothing line with Jordache Jeans.

What’s Next for Heidi Klum?

Having a successful career on a wide range of fields that spans for 3 decades. Most would think to settle down and call it a career. After all, who wouldn’t dream of having a career like Klum’s. She currently plans to continue being a host on Germany’s Next Top Model. Most likely, she will also continue work as a judge on the following seasons of AGT.

Aside from America’s Got Talent, Klum is currently appearing as a host of the Amazon Prime series Making the Cut. This fashion-based series is currently airing its third season on the streaming website.