‘The Masked Singer’ Winner Amber Riley Looks Back on Her Journey on The Show
October 19, 2022
Be the First to Comment 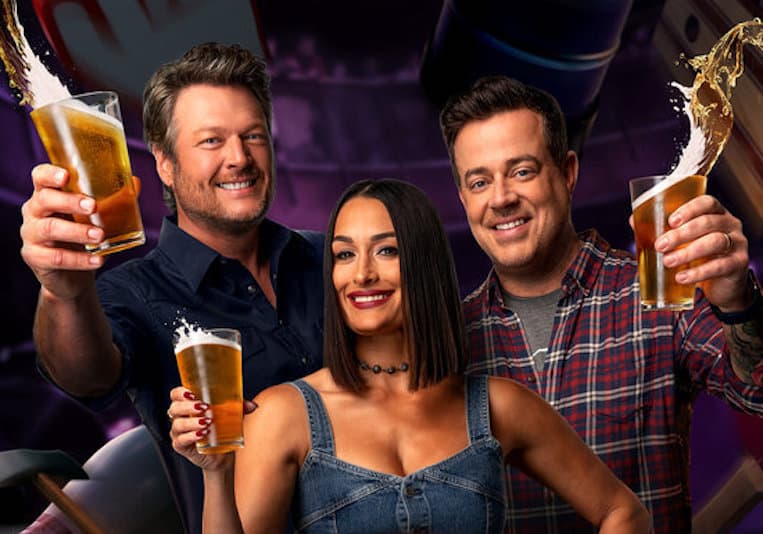 Barmageddon is shaping up to be a show that’s quite literally all about fun and games, with a bit of competitiveness. Shelton and Daly along with the host of the show, Nikki Bella, will see their celebrity friends compete in a series of bar games taken to the next level.

“When people watch Barmageddon, that’s your ticket to have the most fun you could ever imagine on TV,” Daly said.

Joining the star-studded contestants is Shelton’s wife Gwen Stefani who will compete against Sheryl Crow. Brie Bella and Sasha Banks are taking a step away from the WWE stage, this time to Shelton’s bar in Nashville. Other contestants include actor Lil Rel Howery, Tennessee Titans coach Mike Vrabel, country music singer Chris Young and many more.

In the first look teaser, Daly explains that if a celebrity loses a game, they then have a chance to spin the Wheel of Redemption. Written on the wheel are challenges that the losing contestant can do to return to the game.

Also seen in the clip are onstage singing performances by Crow and Stefani with Shelton also doing sing-alongs with Ole Red’s Band. Barmageddon premieres on Monday, December 5 on the USA Network.

Carson Daly is Feeling 18 Again After Successful Back Surgery

Two decades of chronic back pain have seemingly come to an end after undergoing a successful back surgery seven weeks ago. Daly underwent the same surgery that professional golfer Tiger Woods did five years ago, having an intervertebral disc removed and replaced with a spacer.

Daly has recently returned to the Today show where he reveals he’s feeling great now. He also reveals his plans of documenting a story about his experience while talking about how he’s in the best shape of his life.

He then added that there’s still a long road ahead to making a complete recovery. Going on regular walks has certainly worked for the broadcaster as part of his recovery. Viewers can then expect Daly to be in top shape with his future projects.