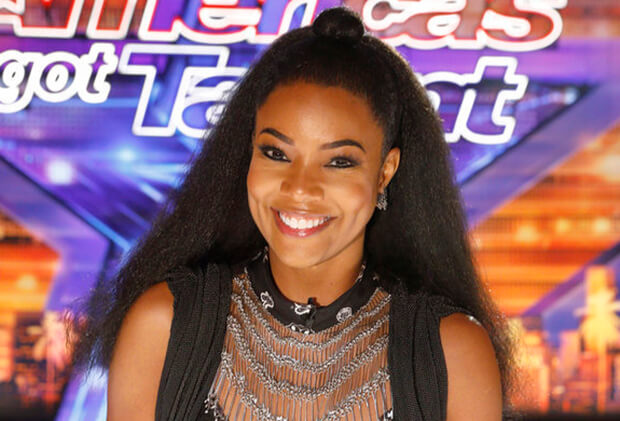 Gabrielle Union is sending an important message on Instagram after leaving her judging position on AGT. The actress was reportedly fired from the show after calling out a “toxic culture” on set.

That apparently included comments about her appearance, such as calling her hairstyles “too black” for the show’s audience. Now Gabrielle is showing pride in her appearance on social media.

Gabrielle reposted an Instagram video originally shared by her hairstylist Larry Sims. The clip depicts various hairstyles Gabrielle wore during her time on AGT, set to music and with sound clips from Chimamanda Ngozi Adichie’s “We Should All Be Feminists” TED Talk.

The speech discusses the sexist expectations society places on young women. In her caption, Gabrielle refrained from referencing AGT correctly, but she still made her stance very clear.

“Unapologetically me,” she wrote. “Be comfortable and confident with your whole ass self. It might give others the fluuuxxx but never stop being you. You can shine on your own terms.” She added that she doesn’t “take notes rooted in anti-blackness,” writing, “I love me as I am.”

In his original post, Larry wrote in the caption, “Too Black? Nah… She’s FLAWLESS!!!” Gabrielle commented, “I ❤️ you!!!”

Reports about Gabrielle and fellow judge Julianne Hough leaving AGT included references to the show criticizing how they looked. They reportedly received “excessive notes on their physical appearance.”

For Julianne this apparently “impacted her morale and led to tensions.” However, Julianne seemed to dispute this report, saying she had a “wonderful time” on the show.

It would seem that Gabrielle’s experience was different, or at least she’s less willing to overlook the criticism. According to Variety, the actress was told “over half a dozen times” that her hairstyles were “too black” for the AGT audience.

Many people on social media have expressed their support for Gabrielle. Some even posted with the hashtag #BlackHairChallenge, showing off their hairstyles. She wrote that she was in “tears” over the posts, and that they gave her “more courage.”

Gabrielle has since met with NBC about the issue, and the network is apparently launching an investigation.

VOTE: Who will Win ‘Survivor: Island of the Idols’?