Haven’t We Seen This Before? Did Val Chmerkovskiy Rip Off A Dance in The ‘DWTS’ Finale?
August 23, 2021
Be the First to Comment 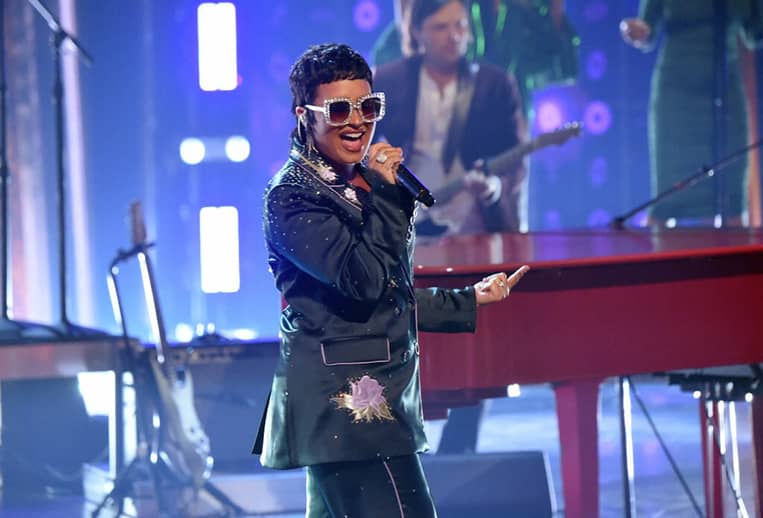 Demi Lovato finally dropped her music video for “Melon Cake.” It’s only right that this groovy song about breaking free from the Hollywood mold is a fun, exciting music video to go along with it.

It’s no secret that Lovato’s recent album, Dancing With The Devil…The Art Of Starting Over focused on her struggle with drugs, Hollywood youth, and the eating disorder that she has battled. “Melon Cake” is specifically about the singer’s struggle when it comes to fitting into the stereotypical Hollywood mold. Lovato (who now identifies as they/them) struggled with fitting the female body type standards as a child actress.

The song is based on the years that they had to eat watermelon instead of a real cake. Management teams would often do this to child stars to encourage them to stay thin or lose weight. Lovato shared in their docuseries that they now have now taken control of their body and self image. S

The video for this song has a psychedelic feeling to it. The video features bright colors, doubling of Lovato, spinning of the camera, and more. I think it’s safe to infer that this artistic decision was based on the album’s theme of drug use. Regardless of the reasoning, it’s a very fun avenue to take with this video.

This was already my favorite song on Lovato’s newest album, and this video only reminded me why. The beginning visual of a little girl at a bakery ordering a cake while holding hands with Lovato is so strong. Especially once you realize the girl is supposed to be a younger version of them.

Before this album released, Lovato was struggling with substance abuse. After an overdoes and rehab, the singer released their first album since 2017. And man, this album did not disappoint. Within each song Lovato is extremely vulnerable about her experiences. “Melon Cake” is one out of 19 songs that are written from the heart.

Dancing With The Devil…The Art Of Starting Over is slightly different from its predecessor Tell Me You Love Me. The album featuring “Sorry Not Sorry” has a theme of love and romance. Whereas Dancing With The Devil… The Art of Starting Over has only mere hints of romance. The theme is there, but they aren’t intentionally looking for love at the moment, like they said in “The Kind Of Lover I am.”

Lovato has always been fantastic from a lyrical stand point, but Dancing With The Devil…The Art Of Starting Over definitely takes the cake for being their most heartfelt and vulnerable album. There was so much anticipation behind this new album that it actually debuted at No. 1 on The Billboard Top Album Sales Chart.

Lovato currently has almost 29 million monthly listeners on Spotify, a podcast and a brand new talk show. In the past few months, they’ve made it very clear that nothing is going to stop them from being on top of the world post overdose. I’m so happy to see Lovato thriving after the tough times she’s recently been through.