5 Obnoxious Contestants Who Refused to Leave Talent Show Stages
May 31, 2021
Be the First to Comment 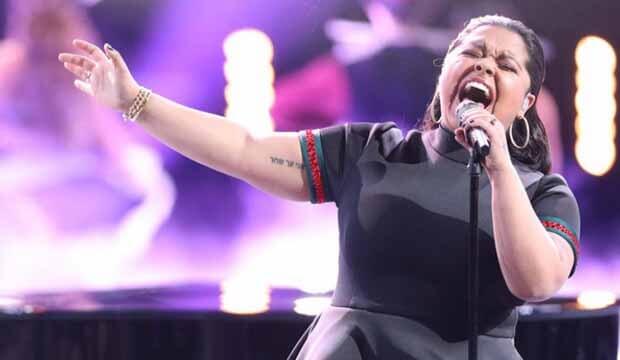 Brooke Simpson is one of the most memorable contestants to come out of Season 13 of The Voice. She shared the exciting news with fans that she auditioned for Season 16 of ‘AGT.’ Based on the performances we have seen from Brooke on The Voice stage, she has a pretty good chance of making it far on ‘AGT.’

‘The Voice’ Standout Brooke Simpson Auditions For Season 16 of ‘AGT’

Brooke grew up singing with her parents as they traveled to different churches around the country throughout her childhood. She auditioned for American Idol and The Voice four years before she finally got the call to sing in front of the coaches. She came onto The Voice in 2017 hoping that she would finally be able to turn her passion into a successful career. Brooke turned all four of the coaches’ chairs and ultimately ended up choosing to be on Miley Cyrus’s team.

Brooke was easily one of the best singers on Team Miley. This is why the powerhouse vocalist made it all the way to the finale. At the finale, Brooke got to perform “Titanium” with Sia. Brooke dominated the competition all season long with dynamic performances and her vibrant personality. She finished The Voice in third place behind Addison Agen and winner Chloe Kohanksi.

Brooke’s cover of “O Holy Night” during the finale landed in the top spot on Billboard’s Hot Christian Songs chart. The song had 28,000 downloads in the first week of its release. This was Brookes’s second Number one on the Hot Christian Songs chart in a span of three weeks. Her cover of “Amazing Grace” also did well in its first week after its release.

Immediately after wrapping The Voice, Brooke jumped right into the studio to record her single “2 AM.” She went on to drop a few more singles before her iconic 2020 single “Real Long Nails.” The song is about female empowerment and realizing your worth. It’s the ultimate girl boss anthem.

She was invited to sing the national anthem at a Los Angeles Dodgers game in 2019. That same year, Brooke’s cover of “Emotion” by Destiny’s Child with Melanie Pfirrman and Mia Mor reached 1 million views on YouTube.

Brooke also has a growing following on TikTok where she posts covers, responses to her fans’ comments, and funny clips. The 30-year-old has also been very open about body positivity and self-love. She shut down trolls on TikTok with a bikini video. She looks gorgeous and is such a good role model for other women out there to not let the haters get you down.

You can catch Brooke and other talented acts when Season 16 of America’s Got Talent premieres on June 1.