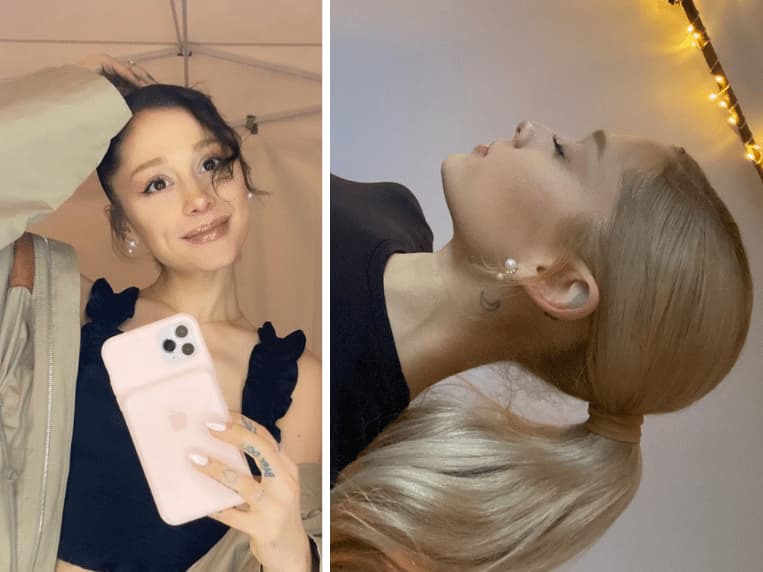 Former The Voice coach Ariana Grande debuted a new blonde hairstyle on social media, getting fans excited for her performance as Glinda in the movie adaptation of the musical Wicked. Even the movie’s director commented on the look.

On Wednesday, Grande posted a photo of herself from the side, showing off her signature ponytail with a twist. Instead of the brunette locks fans are used to seeing, her hair is blonde. Grande jokingly ignored the new hair color, writing in the caption, “new earrings.”

Wicked‘s director, Jon M. Chu, played along in his comment on the photo, writing, “Earrings look great!” Grande responded with several emojis, including a crying face, a face with a hand over the mouth, and a cyclone.

Other commenters acknowledged that the new hairstyle is likely related to Grande’s role in Wicked, with one writing, “Glinda energy.” Another wrote, “GLINDA ERA!!!!” Someone else commented, “okay everyone stay calm, ITS HAPPENING.”

What’s Going on with the Wicked Movies?

In case you didn’t know, the Broadway musical Wicked is being turned into a movie — two movies, in fact. In April, Grande posted an update from Chu about splitting the adaptation into two parts. The movies are expected to be released on Christmas in 2024 and 2025.

Grande landed the role of Glinda last November. The character was originally played by Grande’s friend and The Voice Battle Advisor Kristin Chenoweth in the musical’s Broadway debut. Elphaba (originated on Broadway by Idina Menzel) will be played by Cynthia Erivo.

Earlier this month, Grande teased that she was working on the film, sharing a photo of her and Erivo in what looks like a dance studio, as well as a doormat that reads, “THE WITCH IS IN.” Rehearsals reportedly began in London this past August, with principal photography set to start in November.