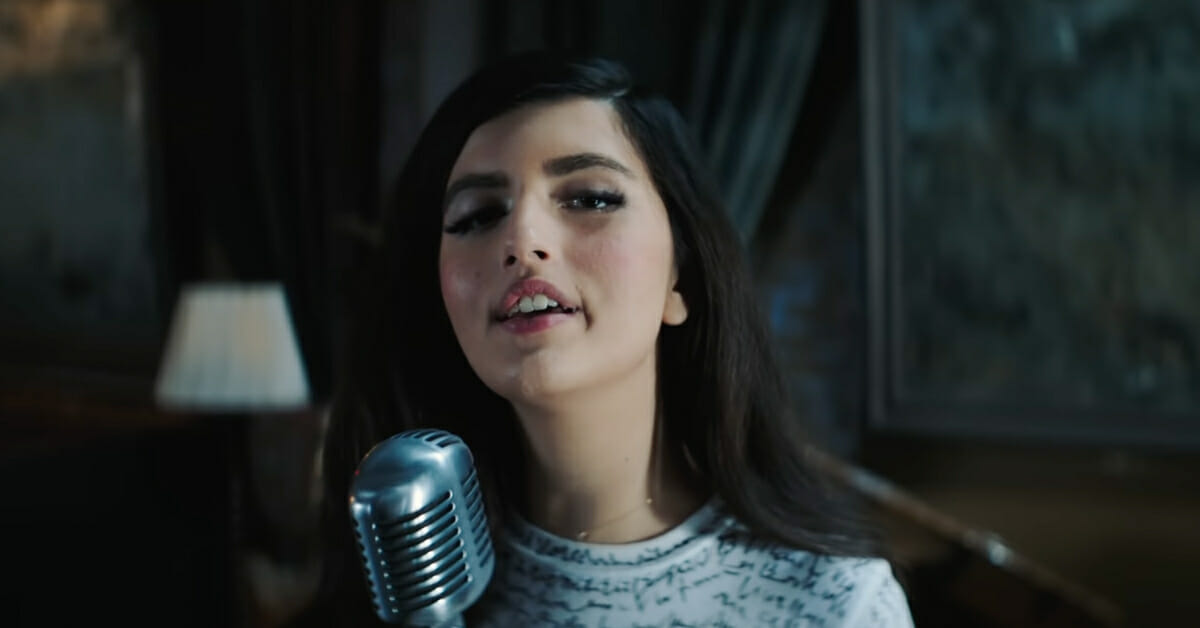 Calling all America’s Got Talent fans! Angelina Jordan has just dropped a new music video. The 15-year-old Norwegian vocalist has released the visuals to her song “7th Heaven.” The young superstar earned the Golden Buzzer on season two of America’s Got Talent: The Champions. Jordan competed on, and won, Norway’s Got Talent in 2014, at just seven years old. Today, she continues to release original music, gaining millions of views on her YouTube channel.

The fun mid-tempo track really showcases her vocal style, and shows us all why she’s the champ. Her musicality embodies a lot of classic jazz and blues elements. Her vocal tone is very reminiscent of that of the late Amy Winehouse. She even rocks her signature “beehive” hairstyle in certain scenes on screen. This could very well be a direct nod to the iconic artist.

The song’s lyrics encourage the strength within ourselves. “7th Heaven,” is about life falling down heavily on your shoulders.

“Sometimes I wanna be powerful, gotta find the strength within me. You look for miracles But there’s nothing in you. Sometimes you have to let go And get lost in the moment. Sometimes you wanna be careless
And let go of sadness,” she sings.

On screen, the scenes cut back and fourth between Jordan singing on stage at a club, while a waitress is hard at work. The waitress is seen frantically washing glasses in the sink, while Jordan’s inspirational lyrics are heard behind the frame. After this, she finally decides to let loose. Instead pf picking up the mop to clean, she uses it as a microphone to sing along to the track.

If you look closely, you will notice that Jordan always performs barefoot on stage. In 2015 Jordan published her book Mellom to hjerter (Between Two Hearts), and became the youngest published author in Norway. The book was illustrated by Jordan’s grandmother and tells the story of Angelina’s relationship with an impoverished girl from Asia. Jordan now always performs without shoes as a nod to her friend.

Angelina Jordan on Got Talent

At just seven years old, Angelina took the Norway’s Got Talent stage. She auditioned with Billie Holiday’s “Gloomy Sunday,” and blew the judges away. To take on a Jazz legend like Holiday, while still loosing baby teeth, is unheard of. Her audition video has since gone viral, with well over six million views on YouTube. The mini sensation performed well enough in the competition to take the win at the finale. But, this would not be the last time we saw this “old soul” on a talent show.

Angelina took the stage again, and auditioned for season two of America’s Got Talent: Champions. The then 13-year-old decided to go up against the best of the best, and attempt to reign in another win. Her rendition of Queen’s “Bohemian Rhapsody” earned her the Golden Buzzer from Heidi Klum. Off to yet another amazing start, she was catapulted into the live shows. The last song she performed on the show was “Goodbye Yellow Brick Road.” She received an abundance of praise on her vocals, but unfortunately did not make it to the top five of the competition.

Jordan’s loss on Champions has not hindered her ever growing success as an artist. Her new music video proves just that.