Todrick Hall Causes Backlash for Speculating About Stephen ‘tWitch’ Boss’s Death
May 5, 2021
Be the First to Comment 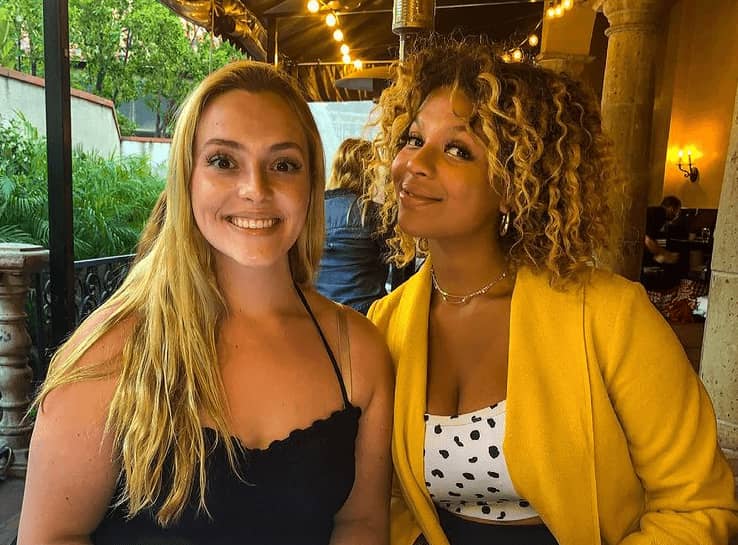 Did you know that American Idol contestants Grace Kinstler and Alyssa Wray are friends off screen? Unfortunately, only Grace made it into the Top 7 during this week’s show, but the pair is still posting about each other on social media.

Alyssa and Grace teamed up for a powerhouse performance during the duets round of Hollywood Week earlier in the season. They’ve also posted plenty of photos together on social media and waxed poetic about their friendship.

“I feel like I’ve made a really great friend in Alyssa,” Grace shared before their duet on Season 19 of American Idol. “She’s just so fun. I don’t ever feel judged around her.”

The ladies went on to perform an incredible rendition of “Grenade” by Bruno Mars that stunned the judges. It was so good, judge Katy Perry took her wig off and threw it away, declaring, “We’ve seen too much!”

Since their duet, Grace and Alyssa have continued to hang out off stage. They even sat together on the plane as the American Idol Top 9 headed to Walt Disney World. Alyssa shared a photo in her Minnie Mouse ears as they left Los Angeles for the fun trip.

The Singers Are Missing Each Other After Elimination

Both Alyssa and Grace performed in the Top 10 during Disney Night. Alyssa sang “A Dream Is a Wish Your Heart Makes” from Cinderella, while Grace sang “Into the Unknown” from Frozen 2. There was a live vote during the show, and unfortunately Alyssa was eliminated from the competition.

SEE ALSO: WHO IS GRACE KINSTLER AND WHY IS SHE MAKING ‘AMERICAN IDOL’ JUDGES CRY?

The friends are missing each other since Alyssa left the show. On Monday night, Alyssa posted a photo of the pair on Instagram Stories, writing, “Missing my bestie so much today. Don’t know how I ever survived without a friend like you all these years.”

She added more photos of the two of them together, and Grace reposted the first image on her own account, writing, “Love and miss you so much sweet girl!!!”

Grace will be competing in the Top 7 next week. We hope to see a collaboration between these two at some point in the future, no matter how far Grace gets in the competition.