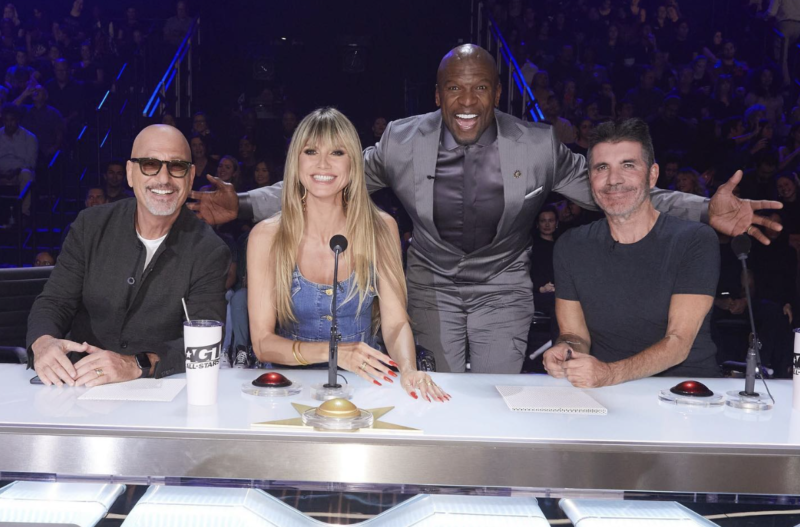 The premiere date has officially been set for the next America’s Got Talent spin off series, AGT: All Stars. The brand new series is set to air on January 2, 2023 on NBC.

On November 7, Howie Mandel confirmed the date of AGT All-Stars‘s arrival via Instagram. Since he was the first to confirm the judging panel, it was no surprise he also revealed this news.

“The BEST of the best will compete on AGT: All Stars. Catch the series premiere on Monday, Jan. 2nd on NBC,” Mandel wrote.

For those who may have missed it, the newest spin off series follows the format of America’s Got Talent: The Champions. AGT All-Stars will involve contestants from across the globe, featuring but not limited to past winners, fan favorites, viral megastars, and more. The winner of the series will be crown as the All-Stars champion.

Returning to the judging panel are beloved AGT judges Mandel, Simon Cowell, and Heidi Klum. Terry Crews will be alongside them, as the show’s host. There has been tons of hype behind this show, so fans are extremely excited to see their favorites on the first ever season of this show. AGT All-Stars will premiere on both NBC and Peacock.

No further information has been revealed about AGT: All Stars at this time. Although we’re unsure what the roster will be for the upcoming series, there are a few confirmed acts, like Dustin’s Dojo and Detroit Youth Choir.

When the judging panel was originally confirmed, fans quickly noticed that AGT: The Champions judge Alesha Dixon and AGT judge Sofia Vergara weren’t apart of the upcoming spin off. Many expected Dixon to return to the panel, since she’s quite the versatile judge in 2022. For those who may not remember, Dixon was apart of the previous panels of America’s Got Talent: The Champions. She is a recurring judge on Britain’s Got Talent and a new judge on Australia’s Got Talent.

As for Sofia Vergara, she recently rounded out her third season the America’s Got Talent judging panel. We’re not sure whether she declined the offer or if she was unable to appear due to scheduling, but many fans will miss her on this season. Hopefully, we’ll see both judges appear in cameo format on the new season.