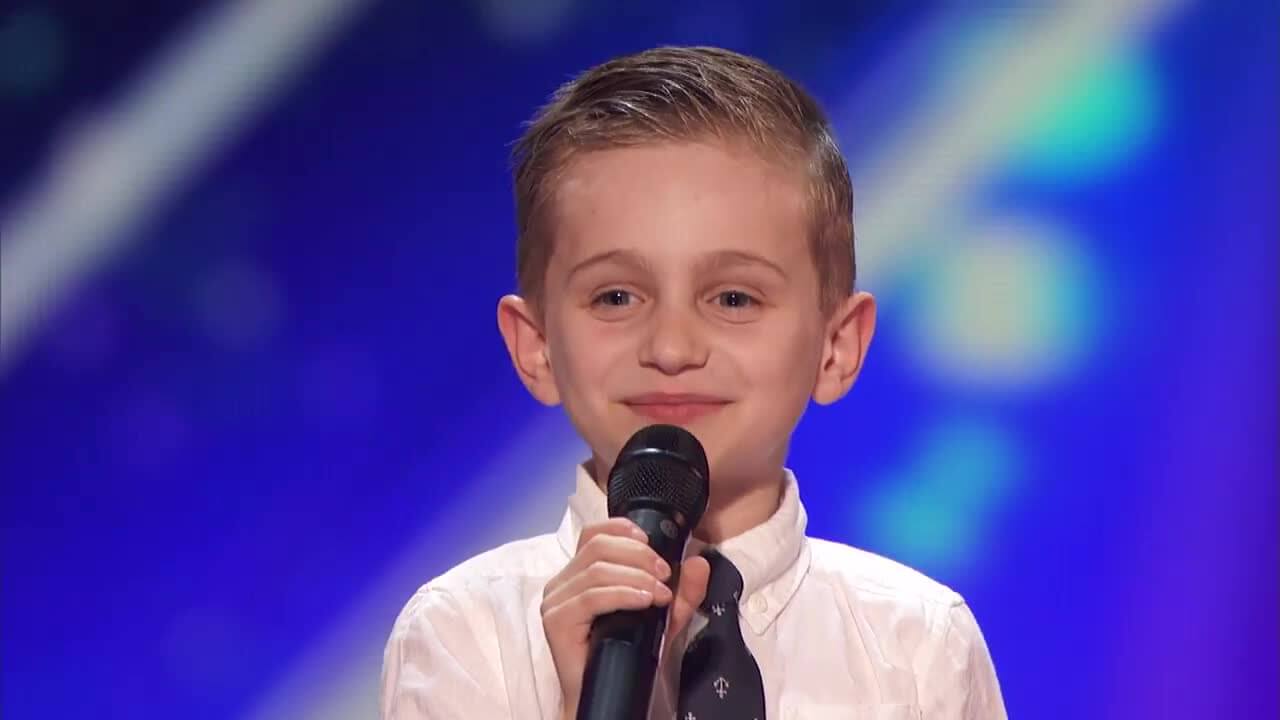 AGT has had some adorable kids audition for the show over the years, and that includes Nathan Bockstahler. Nathan was only 6 years old at the time of his audition in 2016, and he made the judges laugh with his stand-up comedy routine.

Check out Nathan’s hilarious audition in the video below, and find out what the judges had to say. (Even Simon Cowell thought he was funny!)

Nathan didn’t even know there was a prize for winning the competition. He was surprised to learn it was $1 million, and told the judges he would rather have one million Legos. “Let’s have that argument if you win the show,” Simon told him.

During his stand-up routine, Nathan made jokes about having ADHD, and said that girls “say one thing but always mean another.” His example? “My mom, for instance. She always tells me to call her mom, and I come to find out that’s not even her real name!”

The audience loved Nathan’s performance, even giving him a standing ovation. Nathan was excited about the crowd’s reaction, giving a trimphant fist pump while his family did the same off the stage.

What Did The Judges Think Of Nathan’s Audition?

“I don’t think I could stop laughing,” Mel B said of Nathan’s performance. “Do you realize how funny you are, Nathan?” He responded to this question with a “no,” which made the audience chuckle.

RELATED: THE MOST ADORABLE KIDS CHOIR WANTS TO SAVE THE PLANET ON ‘BRITAIN’S GOT TALENT’

Nathan told fellow comedian Howie Mandel that he comes up with his own jokes, and his mom types them up for him. Heidi Klum said she loved that, calling Nathan a “charmer.” Simon predicted that America would fall in love with him.

Nathan didn’t make it past the Judge Cuts round, but that wasn’t his only time on TV. He also appeared on Little Big Shots and Little Bit Shots UK. And he’ll go down in history as the youngest comedian to compete on America’s Got Talent.