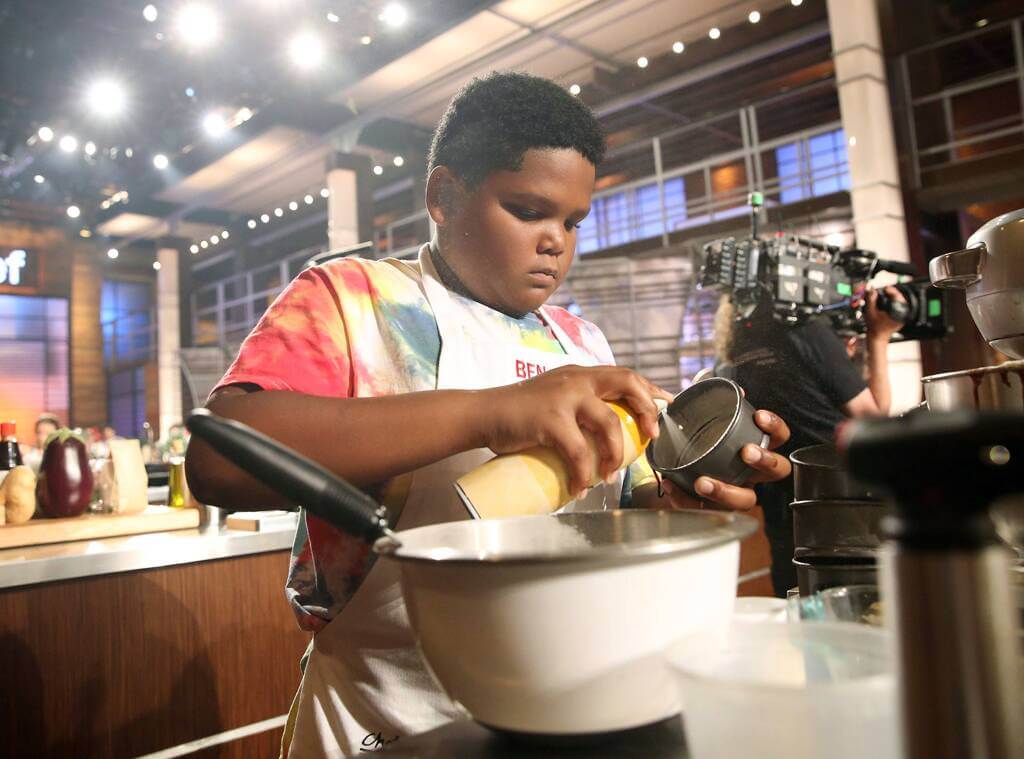 Just three years after losing his parents, MasterChef Junior star Ben Watkins has been diagnosed with a rare type of tumor at 13 years old. His family is now raising money for his treatment.

Ben competed on Season 6 of the Fox cooking competition show MasterChef Junior, which is judged by Gordon Ramsay and gives young aspiring chefs a chance to show off their skills. Ben finished in the Top 18.

According to a GoFundMe organized by Ben’s grandmother and uncle, Ben was diagnosed with a rare illness called Angiomatoid Fibrous Histiocytoma shortly after he turned 13.

This condition is described as “a soft tissue tumor usually in children and young adults.” Ben is apparently one of just six people in the world diagnosed with this, and he’s currently undergoing treatment at Lurie Children’s Hospital of Chicago.

The #Love4Ben campaign, which was started in 2017 to support Ben after his parents died, has been reignited to help him through this new challenge. “Despite all of Ben’s trials and tribulations,” the campaign page read, “he remains positive and looks forward to getting back in the kitchen and pursuing his dream to become an Engineer.”

Ben Tragically Lost His Parents In 2017

According to the Chicago-Tribune, Ben’s parents died in a murder-suicide in September 2017, when he was 10 years old. “It’s been an obvious adjustment for Ben, but he’s doing well, considering everything,” his Uncle Anthony said. “We take it one day at a time.”

Ben’s father opened a restaurant called Big Ben’s Bodacious Barbecue & Deli, which was named after Ben. He helped out at the business, even selling some of his own homemade baked goods.

Members of Ben’s community chipped in to the #LoveForBen fundraiser to create a trust fund for the young chef. It raised nearly $30,000 for Ben’s future. The new campaign is making progress as well. An update from earlier this week said Ben had started chemotherapy.

“In his 11 years, he has had to endure more loss than any young person should,” Trent McCain, who helped organize the fundraiser, said in 2017. “That is why we, as a community, wanted to pull together and show him that he is not alone. We love him and we will always be here for him.”