What Has ‘AGT’ Golden Buzzer Joseph Allen Been Up to Since the Show? 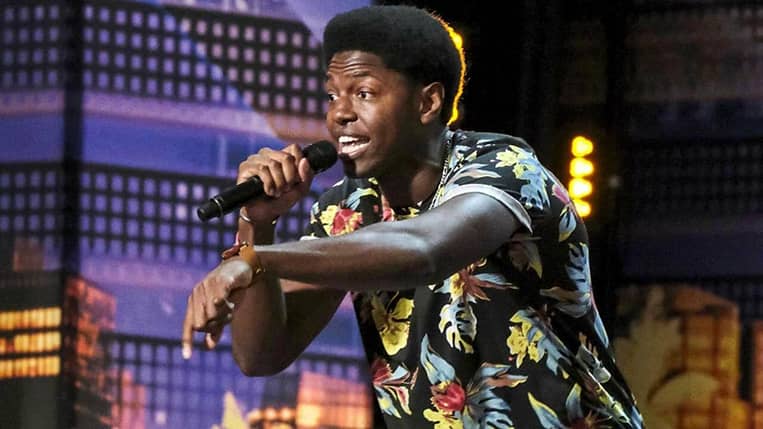 In Season 14 of America’s Got Talent, young singer and rapper Joseph Allen received one of the show’s most memorable Golden Buzzers from judge Howie Mandel. Joseph was, unfortunately, eliminated in the Quarterfinals, but that doesn’t mean he’s stopped pursuing music after the show.

In 2019, Joseph Allen auditioned for Season 14 of America’s Got Talent at age 21. He shared that he wrote his own music and taught himself how to mix and produce his songs. Allen said he wanted to make his family proud of him with his performance.

For his audition, Allen performed an original song called “Footprint,” saying he wants to leave a footprint on the earth before he leaves. “After today, the world’s gonna know my name,” Allen sang on the track.

The judges and audience clearly enjoyed Allen’s audition, in which he rapped about chasing his dreams. He broke down in tears at the end of the performance and earned a standing ovation. Allen said he felt “blessed.” Mandel praised his energy and stood on the judges’ table to hit the Golden Buzzer with his foot.

Allen went straight to the Quarterfinals, where he performed another original song called “Mama.” Unfortunately, he didn’t receive enough votes to move on to the Semifinals. In 2020, Allen also appeared on MTV’s The Challenge: Double Agents, but he was eliminated in the second episode.

SEE ALSO: YOU’RE A TRUE ‘AGT’ SUPERFAN IF YOU HAVE SEEN THESE ICONIC AUDITIONS

Has Allen Released Music Since His Time on the Show?

He may not have won America’s Got Talent, but Joseph hasn’t stopped pursuing his musical dreams. Last year, he released an album called Footprints, which features 22 tracks including the ones he performed on the show. Allen also went on tour earlier this year.

The 24-year-old musician has released official music videos for three of his songs — “Blue Collar Baby,” “What It Was,” and new single “Please Come Home.” He currently has 163,000 subscribers on YouTube, where he also posts stripped-down performances and vlogs from his life.

In addition to music, Allen has also found time to give back. In December, he started a GoFundMe to help feed homeless people in Austin, Texas. With the help of generous donators, he was able to hand out pizza slices.

Last year, he also founded the brand Attempt Impossible, encouraging people to chase their dreams. On the brand’s YouTube channel, he’s performed various challenges, including moving 1,000 miles with no money. You can keep up with Allen’s career by following him on Instagram.