Why Do ‘The Voice’ Coaches Wear the Same Clothes in Every Episode?
August 25, 2022
Be the First to Comment 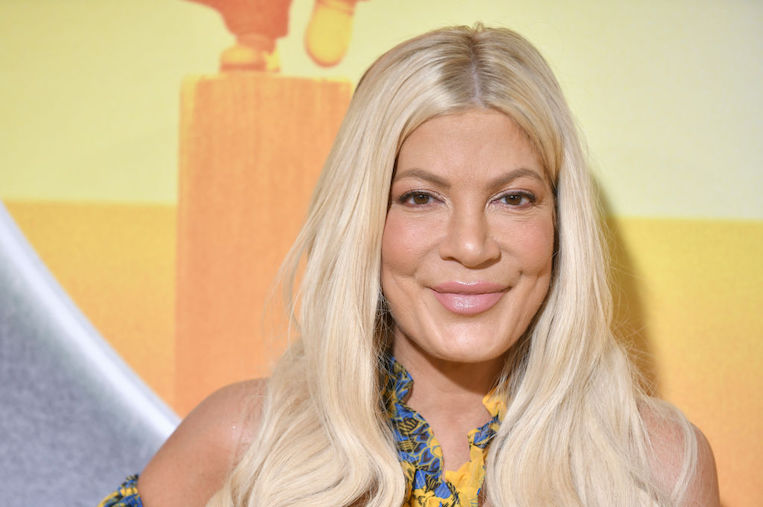 Tori Spelling was just unmasked on yet another edition of The Masked Singer, this time in Australia. The actress was revealed to be under the Poodle costume. Spelling was also teased as a possible guest judge on the upcoming eighth season of the American version.

Tori Spelling Unmasked as Poodle on The Masked Singer Australia

On Wednesday’s new episode of The Masked Singer Australia, the judges were shocked when Poodle was unmasked as Beverly Hills 90210 star Tori Spelling. Judge Mel B had actually guessed that it was her Spice Girls bandmate Emma Bunton (aka Baby Spice) under the mask.

Spelling shared that it was her first time traveling to Australia. She also spoke about how her singing was received when she was younger, saying, “When I was little, someone told me I was tone deaf so I gave up. I gave up that dream but I always loved it in my heart.”

The actress posted highlights from her time on the show to Instagram, writing in the caption, “Being on Masked Singer has allowed me to become the confident human I’ve always wanted to be.”

She shared that she’s always been seen as “a name, a face, someone’s daughter, and a character.” Spelling added, “It almost seems at times that I’m not allowed to be talented because of who I am. The life I was born into. The mask allows me to hide me yet be me so completely.”

Spelling Could Be a Guest Judge on Season 8 in the U.S.

Her time on the Australian version of the show wasn’t Spelling’s only appearance on The Masked Singer. She previously competed on Season 1 of the U.S. version in 2019 as Unicorn. She finished the series out in eighth place after singing songs like “Fight Song” and “Oops!…I Did It Again.”

Recently, the show’s U.S. version shared a new trailer teasing the upcoming eighth season of the show. The video featured a brief shot of Spelling among the stars who will apparently be appearing this season, along with Donny Osmond, Leslie Jordan, Joel McHale, and Jon Lovitz.

Season 8 of The Masked Singer premieres on Wednesday, September 21, at 8/7c on FOX.