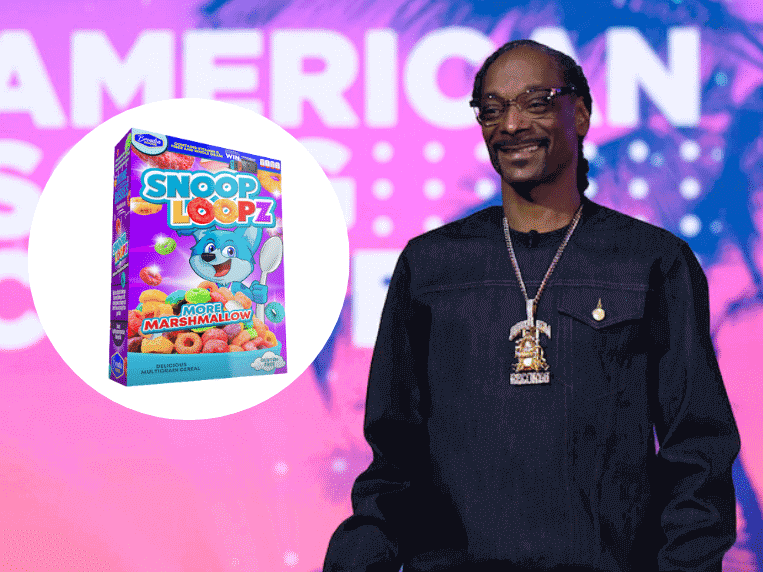 Snoop Dogg has added yet another food industry endeavor to his list of projects. Even though he already has several products and brand collaborations including a cookbook, a line of wine, a plant-based sandwich with Dunkin’ and more.

Snoop Loopz Set to Launch in The Near Future

Iconic rapper Snoop Dogg is joining the food industry once again for yet another collaboration. Snoop Dogg and Master P are celebrating 20 years of collaborations by furthering their partnership in business. Reports state that Master P encouraged Snoop Dogg to created his own cereal brand for a cause.

On August 13, Master P announced Snoop Dogg’s cereal, Snoop Loopz. Within the announcement, he acknowledged that a portion of the proceeds made will be donated. On Snoop Loopz’s official website, the brand clarifies that proceeds will go to charities like as “Door of Hope.” For those who may not know, Door of Hope is a Christian non-profit, based in Pasadena. They are one of the only homeless providers that can shelter any kind of family together in their own private unit.

As for the cereal, Snoop Loopz is gluten-free Fruit Loops, with “more corn, more flavor, and more marshmallows.” The cereal contains vitamin D, fiber, and whole grain, Master P expects it to take “over grocery stores.”

Snoop Loopz will be manufactured by Broadus Foods which already produces a range of products, including cereal, oatmeal, grits, pancake mix and syrup. This company, founded by Calvin Broadus (aka Snoop Dogg) supports charitable organizations through their sales.

Ahead of Snoop Loopz, Master P has his own cereal brand for a cause, Master Crunch. Master Crunch, similar to Snoop Loopz, donates a portion of the proceeds to the Team Hope Foundation, a non-profit organization that focuses on enriching the lives of inner-city youth, furthering their education, and providing life-advancement opportunities as well as assisting senior citizens with food and shelter.

“It’s great to have diversity on the shelves,” Master P said on Master Crunch’s website. “The more we make the more we give back to the community. It’s all about building economic empowerment at home, in the communities, where we live.”

Snoop Dogg has yet to post about this collaboration on his official Instagram page. Even though Snoop Loopz is on the way, there is no official launch date.