Why Do ‘The Voice’ Coaches Wear the Same Clothes in Every Episode?
August 7, 2022
Be the First to Comment 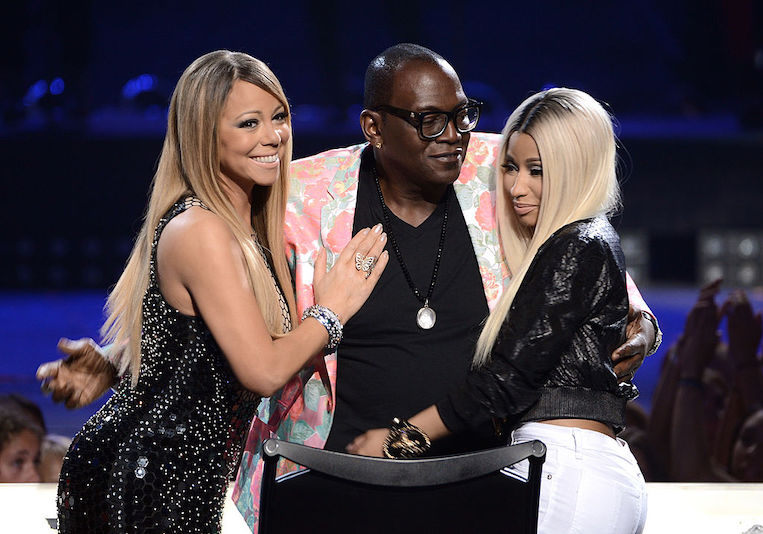 American Idol Season 12 is often remembered for the feud between judges Mariah Carey and Nicki Minaj. The beef could be witnessed both on screen and behind the scenes. Let’s take a look back at the stars’ disagreement, and what they’ve had to say about it.

In Season 12 of American Idol, longtime judge Randy Jackson was joined at the table by new judges Mariah Carey, Nicki Minaj, and Keith Urban. Carey and Minaj had worked together before, having collaborated on the 2009 song “Up Out My Face.”

In fact, Minaj spoke positively about Carey at the time, telling MTV News that she had been a fan since childhood and adding, “I thought when I was gonna work with Mariah, [she] was gonna be like this diva. But we were cracking jokes the whole day. She’s a sweet, down-to-earth person.”

However, their relationship took a turn for the worse when they joined the Idol judging panel. Before the season even premiered, there were reports that Carey and Minaj weren’t getting along on set. TMZ obtained a video of the two arguing. There were even reports that Minaj said she wanted to shoot Carey, which Minaj denied.

When the show finally premiered, the beef could be seen on screen. Carey and Minaj made passive-aggressive comments to each other throughout the Season 12 auditions. At one point, Minaj criticized Carey for supposedly picking a contestant apart. They argued over each other at first before Minaj walked off set.

Later, during the live shows, Minaj even told Carey to clean her ears out while commenting on a singer’s performance, reaching into a bag and pulling out a Q-tip. However, in 2017, former FOX executive Mike Darnell seemed to blame Carey for the feud, saying, “Nicki was not the problem.” He added, “There are tapes buried in chainsaw.”

What Did the Former Judges Say About the Feud?

In 2013, Minaj spoke to Ellen DeGeneres about the situation. She said she had heard that Carey didn’t want her on the panel, but she didn’t believe it. However, when they started working together, she “started feeling a little bit of, like, the shade.” Minaj said she “overcompensated by being crazier.”

Neither Minaj nor Carey returned to American Idol for another season. Carey later spoke out about the feud in 2015 during a radio interview on The Kyle & Jackie O Show in Australia, saying it was “the worst experience of my life” and seeming to blame the show itself for what happened.

“I’m not going to get into what it was. Let’s just say, I don’t think they had any intentions of us having a good experience through that show,” Carey said. “Pitting two females against each other wasn’t cool.”

The singer added, “It should have been about the contestants instead of about some non-existent feud that turned into even more ridiculousness.”

What do you think about the beef between Carey and Minaj? Did you watch it as the season aired? If so, whose side were you on? Do you think the producers were to blame for how it all played out? Let us know in the comments.