The Best Moments You Probably Missed on The ‘DWTS’ Season 31 Finale
June 14, 2022
Be the First to Comment 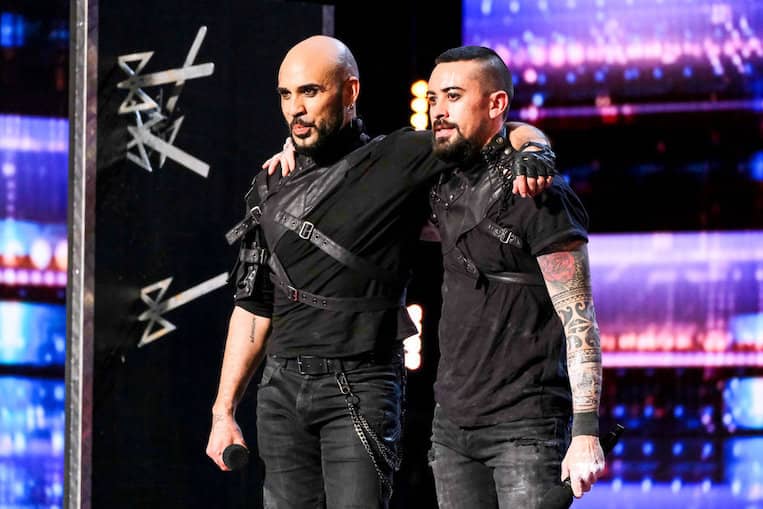 Blade 2 Blade is among the groups taking the stage on the America’s Got Talent auditions round three. This group seems to feature brothers Tyrone and Michael Laner, as well as Julia Katharina. It appears that Blade 2 Blade is a danger group made up of two world class knife throwers.

Deadly Games officially has some competition in the Got Talent world. These brothers have appeared as knife throwers separate and together in their careers. They first competed as Blade 2 Blade in 2021 on Spain’s Got Talent (season six). Within their audition, the audience watched the brothers throw knives at their handheld targets, with the knives often flying off.

They then both got blindfolded and threw bigger knives at one another. The duo impressed the audience and judges with their intense knife throwing accuracy. They made it to the semifinals before facing elimination. The duo later went on to audition for France’s Got Talent, in which they were eliminated in the auditions.

Tyrone might be a familiar face to some, since he’s previously appeared on Britain’s Got Talent as the group Tyrone and Mina (Guillermina “Mina” Pagliergo). Tyrone impressed the judges with his intricate knife skills on the stage. They made it all the way into the semifinals before facing elimination. Tyrone and Mina auditioned for AGT season 15, but their audition never aired.

Earlier this year, Tyrone auditioned for Greece’s Got Talent with his new partner, Zulema Santana. Tyrone’s Instagram bio reveals that they finished in the semifinals on this series as well. His Instagram bio also states that he was a semifinalist on Italy’s Got Talent.

It appears that circus artist/dancer Julia will also be on stage for this routine. According to Julia’s Linkedin, she began performing with Blade 2 Blade in May 2022 as part of THE BOX SOHO LIMITED theater company. She has previously appeared as an aerialist/dancer with Krystallpalast Varieté Leipzig GmbH & Co., an acrobatic dancer with Wiener Staatsoper, and as a performing artist or aerialist with multiple circuses.

We can’t wait to see Blade 2 Blade’s audition on America’s Got Talent. Make sure to tune into NBC tonight from 8 to 10 p.m. to see if they make it through to the next round.