‘American Idol’s Longest-Running Judge Randy Jackson, Then and Now
November 4, 2021
Be the First to Comment 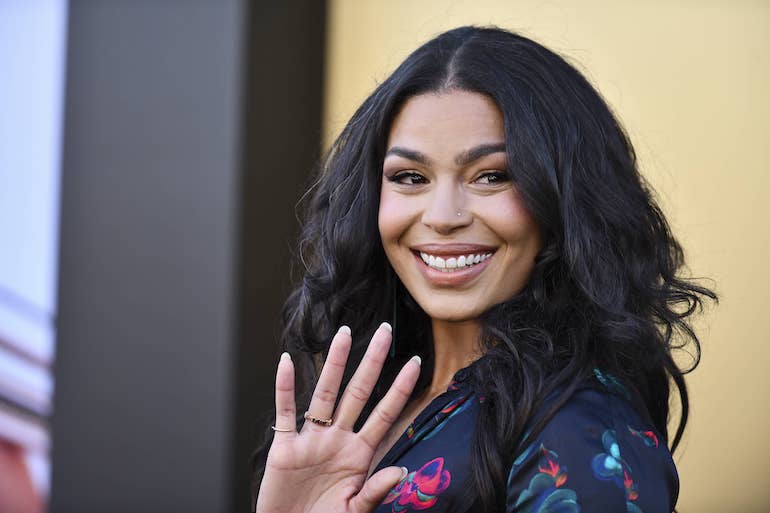 American Idol winner Jordin Sparks is getting us in the Christmas spirit by starring in a new Hallmark movie premiering this weekend. The flick is called A Christmas Treasure, and Sparks executive produced the project in addition to starring as the main character.

The movie stars Sparks as Lou, a writer who’s torn between moving to New York and staying in her hometown. She meets a chef named Kyle (Michael Xavier) who’s visiting her town for the holidays. Romance obviously ensues.

According to Deadline, Sparks sings “This Christmas” and “O Holy Night” in the movie. The film also features her original holiday song “Oh, It’s Christmas.” It’s off her 2020 Christmas album Cider and Hennessy.

“I’m so proud of this project, and can’t wait for you to meet this incredible cast!” Sparks wrote to promote the movie on Instagram. “They gave their all to the film and killllled it!!!”

In a behind-the-scenes video for the movie, Sparks said she has “Christmas in my veins.” She added that she looks forward to Hallmark Christmas movies every year.

Has Sparks Acted in Movies Before This?

A Christmas Treasure isn’t Jordin Sparks’ first acting experience. Most notably, she starred in the 2012 movie Sparkle, about sisters who form a girl group in the 1960s. She also appeared in an episode of CSI, as well as the movies The Inevitable Defeat of Mister & Pete and Left Behind.

This is Sparks’ first Hallmark movie, but it’s not her first Christmas movie. She co-starred in the 2013 Lifetime holiday film Dear Secret Santa, along with Tatyana Ali, Bill Cobbs, and Ernie Hudson.

You can watch Sparks in A Christmas Treasure this Sunday, November 7, at 8 p.m. ET on Hallmark Channel, as part of the network’s Countdown to Christmas.