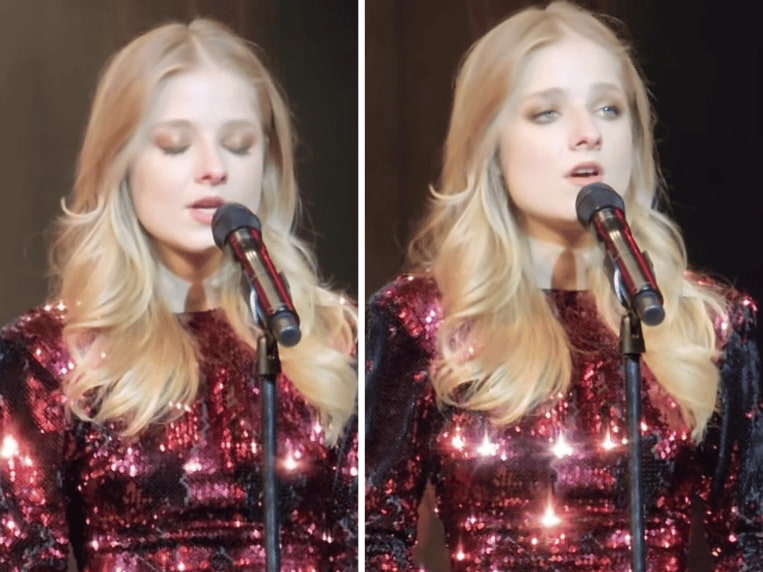 America’s Got Talent alum Jackie Evancho recently took to Instagram to share a clip from her recent hometown concert in Pittsburgh. Her performance of “How Great Thou Art” has fans showering her with praise.

In the new clip, Evancho stands at the microphone wearing a sparkly red dress. As we’ve come to expect, the singer sounds absolutely angelic on her rendition of the Christian hymn “How Great Thou Art.” A studio version of the song appears on Evancho’s 2017 album Two Hearts. It’s famously been sung by artists such as Elvis Presley and Carrie Underwood.

Fans made sure to comment on the soaring performance on Instagram, with one person writing, “Heavenly voice of a beautiful human.” Another fan told Evancho, “Never heard such a BEAUTIFUL rendition of the wonderful song!! You definitely sing like an Angel, keep on being YOU!!!”

The singer also shared the video on YouTube, where even more fans commented how much they enjoyed the performance. As one commenter wrote, “Finally a new video! This is one of the best songs you perform.”

Evancho performed a concert in her hometown of Pittsburgh this past Saturday night at Carnegie of Homestead Music Hall. Earlier this year, Evancho returned to performing after taking a break from the spotlight to focus on her mental health.

In September of this year, Evancho released her first new album since 2019’s The Debut. The project, called Carousel of Time, features 10 covers of classic Joni Mitchell songs, including “Both Sides Now,” “River,” “A Case of You,” and “Blue.”

However, Evancho has also teased that an album of original music is on the way as well. She told Talent Recap earlier this year that she’s “been doing a lot of songwriting lately,” adding, “I will not release until all these originals are done and it is nothing but my work.”