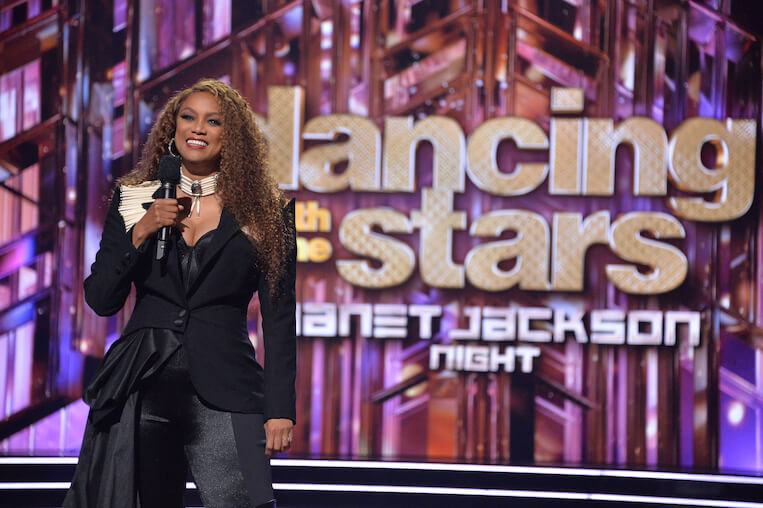 It seems as if Tyra Banks will not be returning to Dancing With the Stars this fall after hosting the series for two seasons. Banks’s possible departure from the series comes as the show prepares to shift from ABC to Disney+. It’s no secrets fans have not warmed up to the supermodel as host and now it seems the show is ready to move on.

Banks began hosting the series in 2020, replacing beloved hosts Tom Bergeron and Erin Andrews. Since beginning on the series it’s been obvious that she wasn’t going to be a fan favorite host.

“There is no official decision on who will be hosting next season but it doesn’t look like Tyra will be back,” a source told The Sun.

At this time, the show has not shared who will host the first season on the streaming network. The source noted that the overall decision will be made by the network, not the celebrity herself. It seems as if this decision comes from a mix of on and off stage problems.

“The mix of the behind-the-scenes chaos and the historically low ratings ultimately was the nail in the coffin,” the source claimed. “ABC didn’t feel it was worth the investment anymore but didn’t want to drop it as a whole.”

DWTS is set to return this fall for season 31. It will be the first live show exclusively broadcast live on Disney+.

Former co-host Brooke Burke recently commented on the situation. Burke called Banks’s first season a “tough transition” and claimed that the America’s Next Top Model star was a diva.

“It’s [just] not the place to be a diva. Your pros are the diva[s], your winners, your perfect 10 score dancer who’s never done it, that defines diva in the ballroom,” Burke said.

Burke continued to bash Banks by saying that she attempts to be the star of the show when that’s not her role. The former co-host finished her statement out by acknowledging that Banks is good in a leading role, but this isn’t the one for her.

After winning season seven with Derek Hough, Burke returned to the ballroom to co-host the series along in season 10. At the time, she was seen on stage alongside the beloved main host Bergeron. Burke stayed at this role until season 17. Erin Andrews replaced her in the role in 2014.

‘So You Think You Can Dance’ is Back! Here’s How to Get Tickets