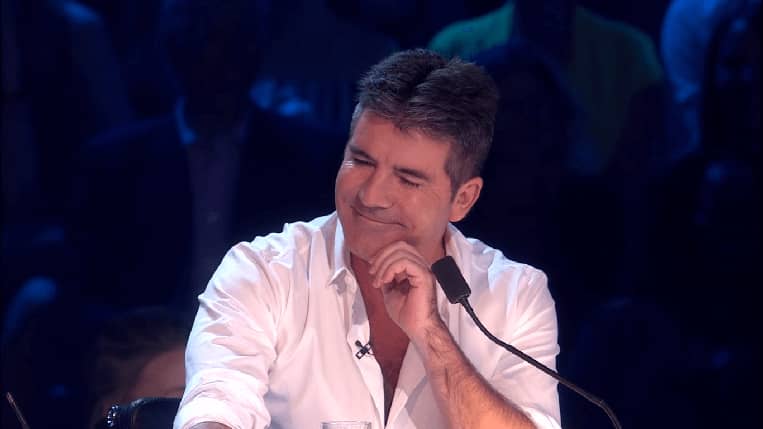 It’s quite a feat to bring BGT judge Simon Cowell to tears, but family singing group The Neales managed to do it in 2015. Their performance of “Father and Son” by Cat Stevens brought a tear to Simon’s eye.

The group, made up of three brothers and their father, delivered the emotional performance during the BGT semifinals round in Season 9. Check out their performance, and Simon’s reaction, in the video below.

The Neales Bring Simon To Tears On ‘BGT’

During their performance, old family videos of the group appeared on the screen behind them. All of the BGT judges were touched by the performance, especially Simon Cowell.

Simon had tears in his eyes as he shared, “I actually got quite emotional.” Fellow BGT judge David Walliams marveled, “I didn’t know you could feel emotions!” Simon, who looked like he was trying to keep it together, said, “What’s happened to me?”

He went on to tell the group that their performance was “really, really good,” complimenting the song choice. David, meanwhile, called it “cheesy, but really, really heartwarming,” adding, “I actually love cheese!”

What Did The Other Judges Think Of The Neales?

“People are gonna make a connection with you, because the most important thing in the world is family,” Alesha Dixon said. Amanda Holden added that she was “completely choked up.”

“To make Simon cry is huge,” Amanda pointed out. “He cried. His mascara’s running.” Considering Simon’s son Eric was about a year old at the time, we understand why the performance might have moved him.

The Neales made it to the BGT final, although they didn’t win the competition. In 2016, the group released a Father’s Day charity single called “I’ll Be There.” Group member Phil Neale later appeared on British show The Dragon’s Den to pitch his and his brother Dan’s business, Snoozle.