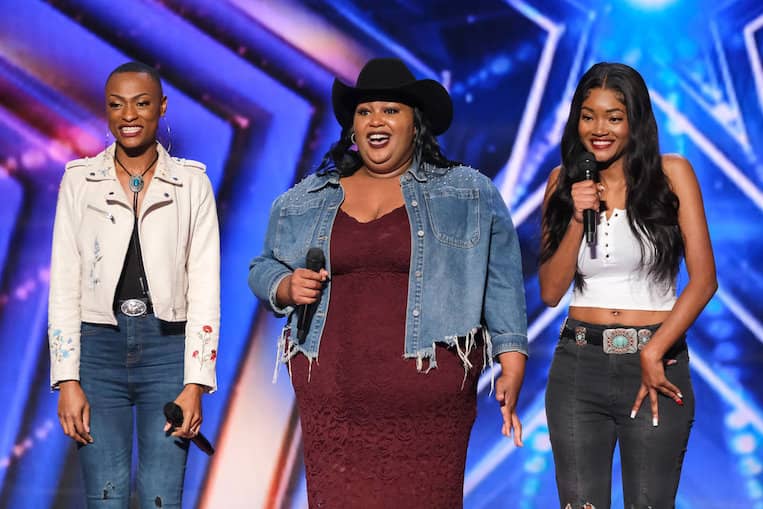 Country trio Chapel Hart is auditioning for America’s Got Talent this week. The group, which is made up of three family members from Mississippi, has released two albums and was part of the CMT Next Women of Country Class of 2021.

Chapel Hart Is a Country Trio from Mississippi

Chapel Hart features sisters Danica Hart and Devynn Hart, as well as their cousin Trea Swindle. All three members are from Poplarville, Mississippi, where they sang together as kids in Hart’s Chapel. Later, they busked and performed gigs in New Orleans.

They started off performing blues and jazz covers but eventually decided to embrace their love of country music, despite being told it wasn’t the right fit in New Orleans. As Trea said in an interview, “People were not shy about telling us, over and over. You have to, at a certain point, ignore what other people are saying and follow your heart.”

In 2019, Chapel Hart released their debut album Out the Mud. The same year, they also became the first female country artists to headline a music festival in Innsbruck, Austria. The group has cited “Redneck Woman” singer Gretchen Wilson as an influence.

In 2020, the group released a single called “Jesus & Alcohol,” which featured ZZ Top’s Billy Gibbons on guitar. Gibbons appears in the music video as a pastor, along with country singers T. Graham Brown and Deborah Allen.

The Group Was Recognized by CMT

In 2021, Chapel Hart was part of CMT’s Next Women of Country program. The group also put out their second album this year, titled The Girls Are Back in Town. This was preceded by the singles “You Can Have Him Jolene” and “I Will Follow.”

“We are three Black women bringing back quintessential country vibes to modern country music,” they shared in a 2021 interview with CMT.

Earlier this year, the group released a music video for the song “Made For Me,” filmed in their hometown of Poplarville. They also attended the 2022 CMT Awards in April. Now they’re taking the America’s Got Talent stage to perform for the judges. We can’t wait to see this group on America’s Got Talent’s seventh episode of auditions.