Luke Bryan Releases Patriotic Song ‘Country On’ in Time for Fourth of July
December 8, 2021
Be the First to Comment 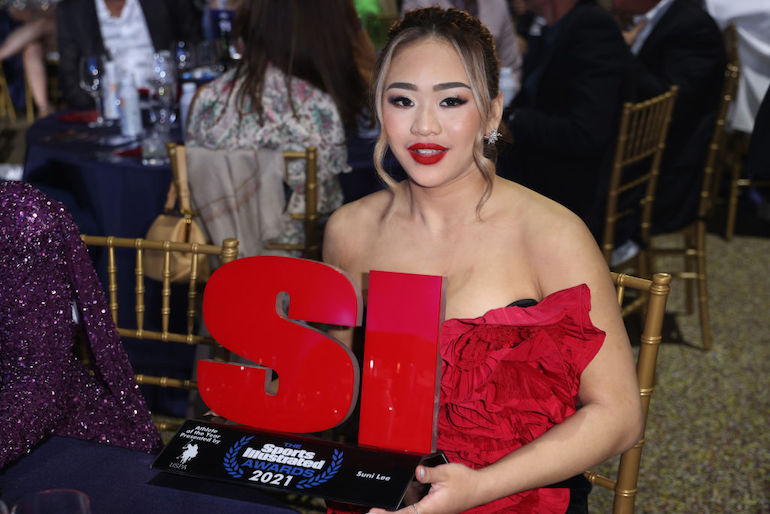 Dancing with the Stars Season 30 contestant Suni Lee just received a major honor for her athleticism. The 18-year-old gymnast won the Sports Illustrated Female Athlete of the Year award. Lee posted the exciting news on her Instagram page on Tuesday.

Lee posted a photo of herself in a black and red dress, holding up her Sports Illustrated award. The gymnast wrote that she was “so extremely blessed” to have received the honor. She went on to thank “everyone who has supported me along this journey.”

She added that she wants to be “an example to those who have a passion for something, but don’t always have the tools and support system needed to do so.” Lee reminded her fans that “you don’t have to be great to start, but you have to start to be great.” She said 2021 has been “a dream come true.”

Lee attended the awards ceremony with her sister, Shyenne Lee. The pair posed together on Instagram, showing off their glamorous dresses backstage at the awards.

The Gymnast Has Had an Amazing Year

Lee is just 18 years old, but she’s already accomplished so much in her career as a gymnast. This year in particular was amazing for her, as she competed in the 2020 Tokyo Olympic Games, which had been postponed due to the Covid-19 pandemic.

Lee won three medals during her time competing in the Olympics — gold, silver, and bronze. She is the 2020 Olympic all-around champion. The athlete capped off her amazing year with a run on Dancing with the Stars Season 30, as she was paired with pro Sasha Farber.

Lee and Farber made it all the way to fifth place, being eliminated in the ninth week of the competition. During her time on the show, she and Farber even incorporated gymnastics moves into their choreography.