Derek Hough, Hayley Erbert Share Behind the Scenes of Their ‘Kiss the Girl’ Dance
November 21, 2022
Be the First to Comment 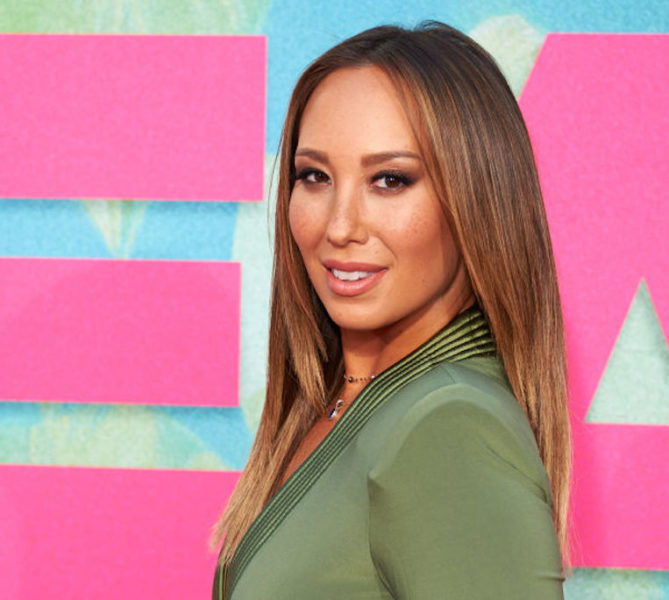 Pro dancer Cheryl Burke is leaving Dancing with the Stars after Season 31, having appeared on 26 seasons over the years and won twice. The show announced that she’ll be giving her farewell performance during Monday’s finale.

Over the weekend, Burke took to Instagram to confirm that Monday night’s show will mark her final dance as a pro dancer on Dancing with the Stars. As Burke wrote, “This has been one of the absolute hardest decisions of my life & I am also confident that it is the right one.”

Burke added that it’s “time for me to begin the next phase of my career, although dance will always be a part of me.” She shared that she’s excited to “expand my commitment to mental health advocacy,” as well as “focusing on my new found love for podcasting.”

The dancer told fans that her farewell dance on Monday night is dedicated to them. She’ll perform it with fellow pros Pasha Pashkov and Louis Van Amstel. On Sunday, the DWTS Instagram posted about Burke’s departure, sharing, “You are an absolute icon and we thank you for so many years of creativity and entertainment!”

Burke finished her post by writing that her time on the show was “the experience of a lifetime.” She also spoke about the decision in the new episode of her podcast Burke in the Game. The dancer got emotional as she shared what the show means to her, saying it “changed my life completely.”

Burke Wants to Return as a Judge

Just because Burke is leaving the show as a pro dancer, that doesn’t mean she’ll never be back in the ballroom. In a recent interview with Variety, she explained her decision to leave the show and shared a desire to sit at the judges’ table.

“If I were to just talk as an athlete, a dancer and a woman, my time has been up. I’m 38 years old,” Burke told the publication, adding, “I want to continue to evolve, whether that be with the show or not, is not up to me. However, as a dancer, I am hanging up my dance shoes.”

Burke also shared that the show is “very well aware” that she would like to take Len Goodman’s place as a judge on the show. As she said, “Len is really technical and really tells you how it is. That is my style. It would be nice to see two women on the panel!”

This season, Burke competed with Good Morning America‘s Sam Champion. The pair was eliminated in the fourth episode. Be sure to stream Monday night’s Dancing with the Stars finale on Disney+ to see Burke take her final bow on the dance floor.