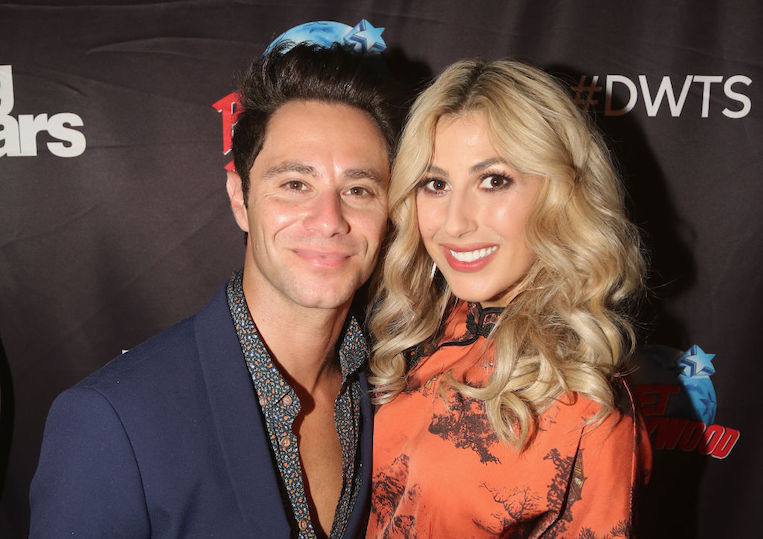 Separation rumors continue to swirl for Dancing With the Stars couple Emma Slater and Sasha Farber. Slater has once again confused fans on social media by posing on The Bachelorette red carpet alone. Here’s why fans think Slater and Farber have seperated.

Earlier this week, Slater published a photo on The Bachelorette red carpet. While the professional dancer looks stunning in the post, many noticed that she’s posing alone. Many fans commented on the fact that she’s posing on the carpet alone, as if she was The Bachelorette. It’s no secret that Dancing With the Stars has ties with the reality series, so Slater’s invite to this event was probably work related.

That being said, many pointed out the fact that Farber didn’t attend the red carpet alongside her. While it’s uncertain if she only got one ticket, or if Farber didn’t want to attend, it doesn’t look good for them. Separation rumors have been swirling for this Dancing With the Stars couple for quite some time, but they have yet to confirm nor deny.

On May 9, Slater published a photo of Farber on her Instagram to celebrate his birthday. Immediately, fans pointed out that Farber isn’t wearing a ring in the photo and her caption sounds friendly. While the professional dancer states that Farber is loved by many, there is no “I love you” statement. There’s also no clear mention of their marriage within the caption.

“She didn’t have to write anything. But since she did being married myself she used being there for everyone, doing things to make people happy and I wish you everything you heart desires,” a fan commented. “Probably separated, because I would have put in things like you make me, things referring to her which she didn’t. If true that’s reality especially when people work together.”

On top of this post, fans noticed that there’s a lack of photos of the professional dancers together on social media. They’re either keeping their relationship insanely private, or thing may have gone south. The last selfie of the couple on Slater’s Instagram dates back to May, 2021. The professional dancers reportedly didn’t publish an anniversary post this year.

Many believe Farber announced their separation in January, with a photo of him and Slater. Within the photo he’s holding a cue card that says “The End” on it.

Slater and Farber originally met in 2009 while appearing in the Broadway and West End productions of Burn The Floor. They originally began dating two years after they met in 2011. They joined Dancing With the Stars in season 14 (2012) as part of the dance troupe. A year later, they became professional dancers on the series.

In 2014, the couple publicly announced their breakup, stating that they’d always be “best friends,” but they rekindled their relationship a year later. In 2016, they bought a home together and got engaged on a live episode of Dancing With the Stars. On March 25, 2018, they got married in Los Angeles, California. They both recently appeared as part of the Dancing With the Stars live tour.