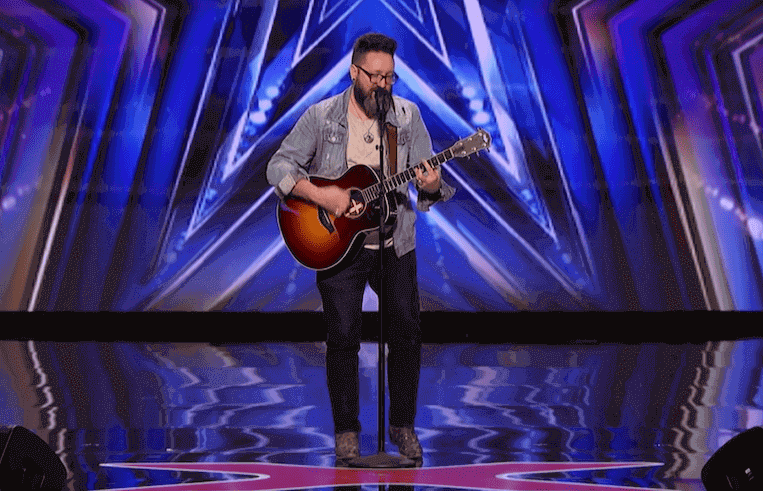 Nolan Neal passed away on Monday after his cousin, Dylan Seals, found him dead in his Nashville apartment. According to TMZ, the medical examiner confirmed the singer’s death. At this time, cause of death has yet to be determined. Seals reported that he lived with his cousin four months before the pandemic and Neal was “clean, jamming out and making music with him.”

The singer had been open about his issues with substance abuse in the media in the past years. In 2020, he revealed that he was battling during his time on The Voice. Later that year, he appeared on America’s Got Talent and where he discussed his sobriety on national television.

Ahead of Neal’s death he was set to perform at Hotel Indigo Nashville on July 18. Unfortunately this performance was cancelled by the manager of the show. He urged fans to call the hotel and request to change the shows date. Fans have begun sharing their condolences on the singer’s social media.

Nolan Neal on America’s Got Talent, The Voice

Neal first gained national recognition when he joined the cast of The Voice in 2016. During his audition, he sang a beautiful rendition of “Tiny Dancer” by Elton John. As a result, he turned the chairs of Blake Shelton, Adam Levine, Alicia Keys, and Miley Cyrus. In the end, he joined Team Adam. He was eliminated during the Knockout Rounds. He auditioned for The Voice in 2015, but failed to turn a chair.

In 2020, Neal returned to national television on America’s Got Talent. The 39 year old took the stage singing his original song “Lost” that he wrote right out of treatment. At the time of his audition, he acknowledged that he was sober at the time of his audition and “Lost” was the first song he wrote sober. The audience and judges loved Neal’s original song, he earned four yeses and was sent into the next round. He continued on in the competition until he was eliminated in the Quarterfinals.

During Neal’s career he released 13 singles and three albums to streaming. He earned over 20,700 subscribers on YouTube, 4,635 followers on TikTok and over 117,000 followers on Facebook.