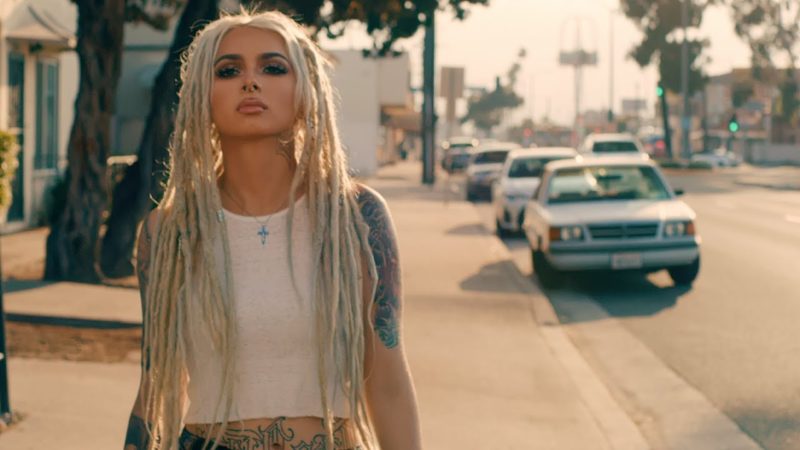 Zhavia Ward, who rose to fame after competing on season one of The Four, just released a new EP called “17.” It features six songs, including a few tracks that have never been heard before!

So, being the true fans of Zhavia we are, we had to listen to the whole thing! Here is our track-by-track review of “17,” as well as some fan comments about each song.

The first track on Zhavia’s EP is titled “17,” just like the EP itself. Her rhythm and flow here are perfect. I love hearing Zhavia in her element, rapping track then slaying when she sings the choruses. This is what makes her so unique, she can really do it all! Songs like this just prove that. The lyrics speak to her story too, as she was only 17 when she appeared on The Four! I especially love the bridge, which breaks it down a little more. This is my favorite song on the entire EP and it’s only the first one!

“Deep Down” is one of the songs on Zhavia’s EP that was previously released. It has a fun beat and her rapping over the track is so catchy. I love how they put the old school song under it so it sounds timeless. This could have been released a decade ago and it would still stand true! Zhavia really kills it when she sings “deep down” too. The music video is perfect to go along with it, simple but so aesthetically pleasing.

“Candlelight” was the first single Zhavia released after The Four. But even though it’s not a new song, it’s still one of her best. We hear a perfect mix of singing and moments of rapping, showcasing all that Zhavia can do. This is exactly what the fans wanted to hear from the artist! It’s a banger for sure. She has even released a remix with Jeremih of the song. But the instrumentals on the original are still my favorite.

The only track with a featured artist, “All I Am,” has Zhavia collaborating with Skip Marley. And it’s a perfect match! This one is definitely more reggae but that’s not a bad thing at all. In fact, we love it! “All I Am” makes me think what No Doubt could be with a rapper in the group. Skip takes it to the next level on this track too. The lyrics are great, talking about giving someone you love everything. Plus, how can you not bop your head to this beat?

Right from the beginning, I knew I’d like this track. It’s got a more chill vibe than a lot of her other songs on “17.” But it’s a nice change of pace! I love how it’s a slower jam and Zhavia shows off her vocals a little more. “EZ” is more refined than the rest of the EP, relying on Zhavia’s talent and not extravagant production or a sick beat. Not that we don’t love that too, but this is a welcomed addition to the EP!

The final track on Zhavia’s “17” is “100 Ways.” It was originally released six months ago! We still love the lyrics and Zhavia’s flow in the rap. It has a kind of creepy vibe with the backtrack too, which we’re digging. Then when the beat drops, it turns into the perfect pump-up song! It’s impossible not to jam along when you listen to “100 Ways.” This track is the perfect way to round out Zhavia’s EP.

If you want to listen to the whole thing for yourself, add it to your playlists, or just put it on repeat, you can find Zhavia’s “17” everywhere you listen to music.

Summer of Talent: Week 3 Ratings for ‘America’s Got Talent’ and ‘Songland’