Haven’t We Seen This Before? Did Val Chmerkovskiy Rip Off A Dance in The ‘DWTS’ Finale?
October 7, 2021
Be the First to Comment 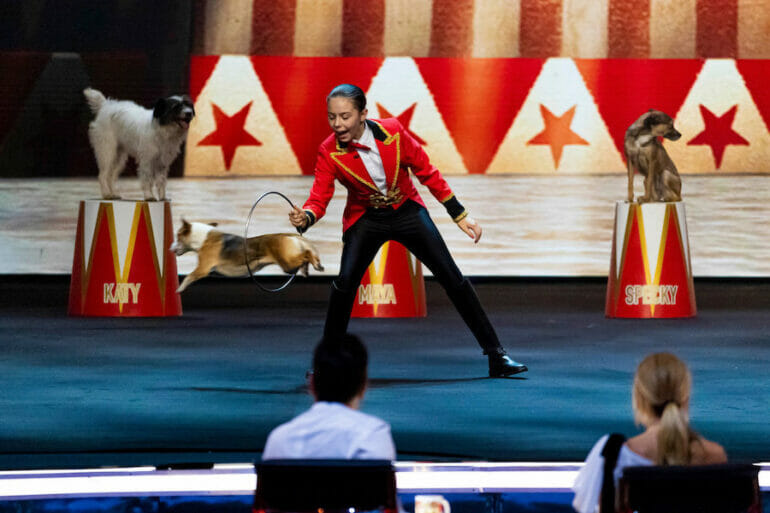 One of the fan-favorite acts on both America’s Got Talent and Britain’s Got Talent are related to our furry friends. You know the feeling where you just taught your dog a new trick and they’re able to do it in front of a crowd? That’s the feeling that these dog owners thrive off.

In every season of AGT and BGT, tons of people bring their dogs to the stage. These dogs always have their own skills and never let down the audience.

Take this quiz to find out which dog act you love the most.

What Have Canine Stars Been up to Since AGT?

Although Canine Stars had a short run on America’s Got Talent, they didn’t lose faith in themselves. They’ve been performing, a lot. Some of their most recent performances have been in Houston, TX; Colorado; Spokane, WA; Alaska; and even The Netherlands. America’s Got Talent definitely gave them the exposure to thrive and they’re still riding that wave.

Along the way, they’ve invited another AGT dog act to perform along with them. Alexandra Cote and her two border collies, Tesla and Louka, joined Canine Stars at the Alaska State Fair. We love to see two AGT acts performing together after the show! Even after not making it to the live shows, Alexandra Cote has also begun to make a name for herself in the world of dog training.