The Myth About ‘AGT’ and Las Vegas, What Really Happens After The Show?
September 28, 2021
View 1 Comments 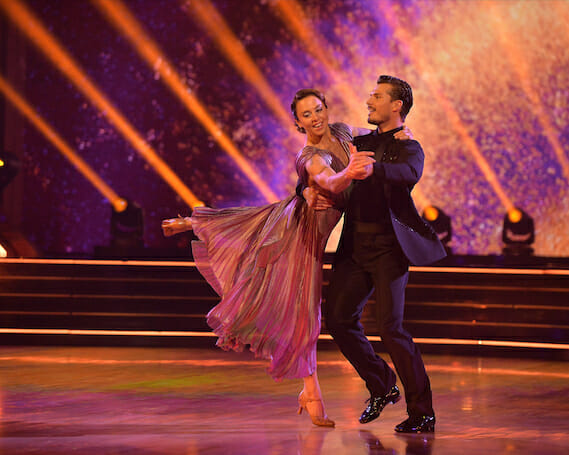 I don’t know about you, but I’ve been absolutely obsessed with celebrity contestants on season 30 of Dancing With The Stars. Now that it’s been on for a few weeks, we can start to form our guesses for who will be receiving the mirrorball this season. Tell us some of your favorite things and we’ll let you know which season 30 celebrity you are.

Let’s figure out which one of the 15 celebrities from this season you are from only five questions. Take this quick quiz to figure out who you would be on this season of Dancing With The Stars. Warning, it might shock you how easily we knew what your best quality was.

September 27 was a big night for this season of Dancing With The Stars. There was the first elimination of the season, and one team unfortunately had to sit out because of COVID-19.

Martin Kove and partner Britt Stewart unfortunately were the first to see the chopping block in the season 30 of Dancing With The Stars. Although the Karate Kid legend had all of the right moves in the film, he couldn’t get the right moves on the dance floor. Up for elimination alongside them was Christine Chiu and her partner Pasha Pashkov.

Cody Rigsby, Cheryl Burke Sat This One Out

The famous Pelton instructor and his partner had no choice but to sit this week out since they were in close proximity before Burke tested positive for Covid-19. On September 27, they both appeared on the competition over video chat for the judging. Even though they did not dance live on the show, they were judged on their rehearsal footage, which contained their entire dance.

If Rigsby tests negative, he will return back to the DWTS stage on October 4. Instead of dancing with Burke (who will most likely still be in quarantine) he will likely dance with backup dancer, Sofia Ghavami. We’re hoping Rigsby doesn’t test positive, but if he does we’re not exactly sure how they will continue in the competition without any new rehearsal footage. Time will only tell when this dance couple will make their return to the DWTS stage.

Tags
dancing with the starsDWTSDWTS Quiz