WATCH Singer Sing One Of Simon Cowell’s Favorite Songs But What Did Simon Think Of It? 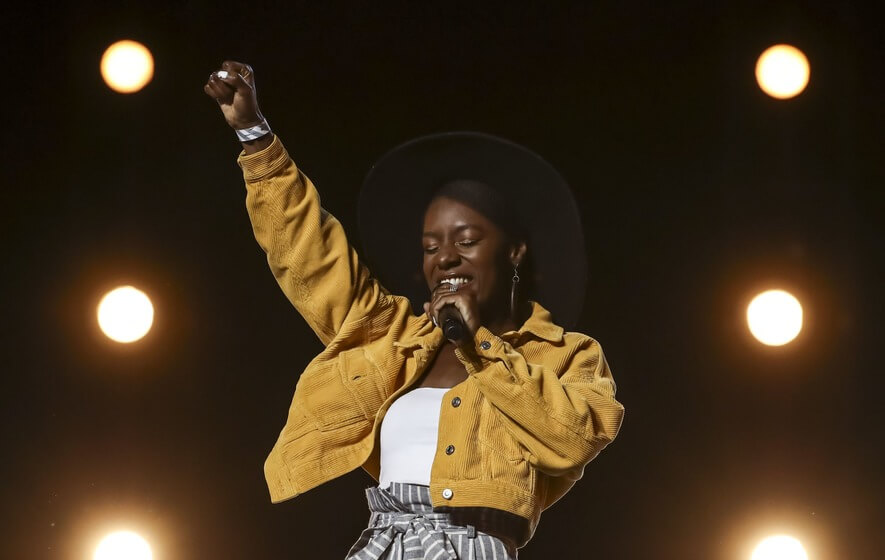 If there’s one thing we’ve learned about Simon Cowell over the years, it’s his love for the movie The Greatest Showman. So when contestant Shan Ako took on the power ballad “Never Enough” from the movie, Simon’s eyes lit up. Check out her flawless performance below during season 15 of The X Factor.

Before Shan’s audition, Simon Cowell was gushing to fellow judge Louis Tomlinson about how much he loves being a father. He said that his son Eric is the best thing that has ever happened to his life. Having a child has helped Simon see things through a more “positive light” which put him in a chipper mood when Shan took the stage. She wanted to be a singer ever since the age of 12 and her dream was finally coming to reality when she came on The X Factor. Shan had the support of her family and her adorable father that was wiping the sweat off of her forehead and calming her nerves. Stepping onto the stage, she exuded confidence as she took on the iconic yet difficult song. “Shan that was absolutely unbelievable,” said Louis. He praised her vocals and called her performance “effortless.”

“Shan, you are the strongest competitor we have seen yet. You made me want to cry” said judge Ayda Field. “You are so phenomenal. Thank you for the gift that you just gave us all now because that was awesome,” she continued. Simon said that it’s moments like these that make him want to do the show year after year. He finished off by saying he was “genuinely blown away.” She got four yes’s and was sent to the next round. Shan made it all the way to the quarterfinals where she was eliminated after a sing-off, finishing in 7th place. But, Simon bent the rules for her, saying that she would still be going on the live tour even though she did not finish in the top six.

After her success on The X Factor, she took her talents to the theater. Shan played the role of Éponine Thénardier in Les Misérables – The Staged Concert in 2019. Though she absolutely mastered the role, she will not be returning to reprise it this year due to the ongoing coronavirus pandemic. “Gutted @LesMizOfficial won’t be returning this year but I’m still hopeful good things are ahead! Sending love to all of those in the creative industries during this time! We will bounce back stronger!” she wrote on Instagram.

She also appeared on an episode of the show Lorraine. Another thing she has focused on is growing her presence online. She often posts amazing covers and little titbits of songs she is working on.

Shan started a separate Instagram account which she described as “a space where I share the heART & wisdom of others, my inspirations, thoughts & words of encouragement.”

Shan is such a ray of light not only for the music community, but just in general always spreading positivity. She has a bright future ahead of her and we cannot wait to see what she does next in her career.