‘American Idol’ Alum Cade Foehner After a Rockstar Season
February 27, 2018
Be the First to Comment 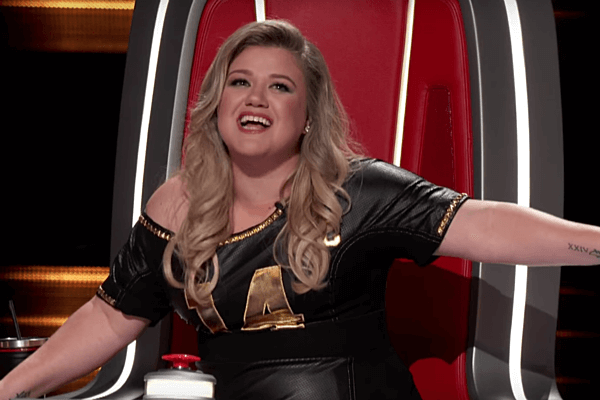 Right off the bat we get not only an amazing singer but we see the block in action. Blake blocked Adam from getting Brighton for his team. Brighton sang Trouble by Ray LaMontagne. Alicia also turned around and he picked her. It makes sense.

14-year-old Brynn blew away the coaches with a voice that unbelievably came from someone so young. Definite Addison Agen vibes. She sang Beneath Your Beautiful by Labrinth and got chair turns from Kelly and Blake, but the king didn’t stand a chance. Brynn clearly came to be with Kelly.

Cancer survivor Rayshun annihilated Don’t Stop Believing by Journey. Annihilated. Adam and Alicia turned around and it looked like he was going to go with Alicia…but then he picked Adam. This guy was the best of the night.

Wow. She blew me away with her rendition of Seesaw by Aretha Franklin which was PERFECT for her voice. Like, there could not have been a better song. It helps that she’s sung back-up for Jennifer Hudson for years. She picked Blake which is an interesting choice. But he knows what he’s doing.

Blaise did an OK job but he just doesn’t have the spark, alas. No one turned around for him after he sung Wanted by Hunter Hayes.

She’s just fun to watch. Kelsea is the kind of singer that gets a big following because she’s just great. She sang Like I’m Gonna Lose You by Meghan Trainor. She chose Alicia and that is really the best fit.

Drew sang Sex and Candy by Marcy Playground and it was really special. His voice is like a warm cup of cocoa. He chose Adam. That’s the right choice.

He sang Believer by Imagine Dragons, and even though he did a song we’ve heard a million times before on these types of shows, he certainly delivered. It was between Kelly and Blake and D.R. wisely chose Kelly.

Country through and through. He did Never Wanted Nothing More by Kenny Chesney and even though he also got a chair turn from Kelly, he went with Blake because of course.

Poor Mackenzie. She did her best but it didn’t move the coaches and none of them turned around. That’s just painful to watch.

Justin got all of the coaches to turn around with his version of Tomorrow by Chris Young. This was by far one of the best performances of the night. A natural pick for Blake, right? It would have been had Blake not been blocked by Alicia. In the end he picked Kelly, although had he not been blocked Justin totally would have picked Blake.