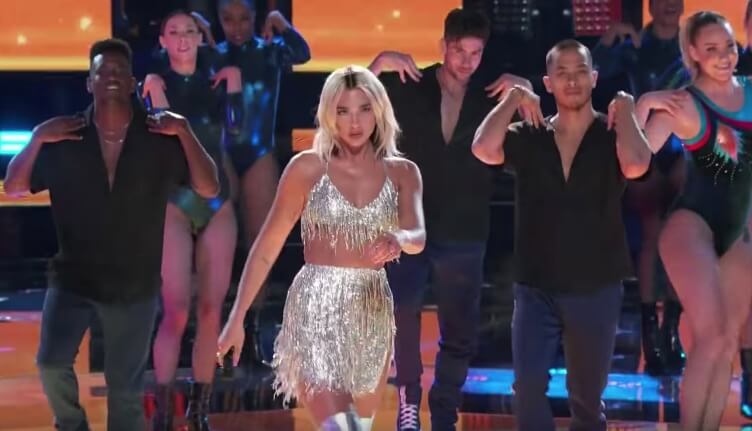 Singer Dua Lipa is the latest target of Twitter’s cancel culture. The hashtag #DuaLipaIsOverParty was trending on Twitter after Sunday’s Grammys. The reason some people seemed to turn against her might surprise you.

Apparently, Dua Lipa attended Lizzo’s Grammys after-party, which was held at a strip club. Dua was filmed making it rain on the dancers, which led some people to accuse her of being anti-feminist.

Dua Lipa Visits A Strip Club After The Grammys

Many people have fired back on social media, saying Dua should not have been called anti-feminist for visiting a strip club. Some pointed out how many male celebrities frequent strip clubs and receive little criticism. Others argued that showing support for other women is feminist.

Loni Love, meanwhile, argued that athletes also use their bodies for money, but they’re not criticized for it. Seeing as the hashtag is now full of people defending Dua, it’s safe to say she’s not canceled.

Dua Lipa To Appear On ‘The Voice’ Season 18

Dua Lipa performed on last season’s The Voice finale, and now she’s back as an advisor for Season 18. She recently announced that she’ll be joining Kelly Clarkson to work with the coach’s team members during the Battles.

Meanwhile, new coach Nick Jonas will be helped by his brothers, singer Ella Mai is advising for John Legend, and Bebe Rexha will work with Blake Shelton. Season 18 will premiere on Monday, February 24 on NBC.