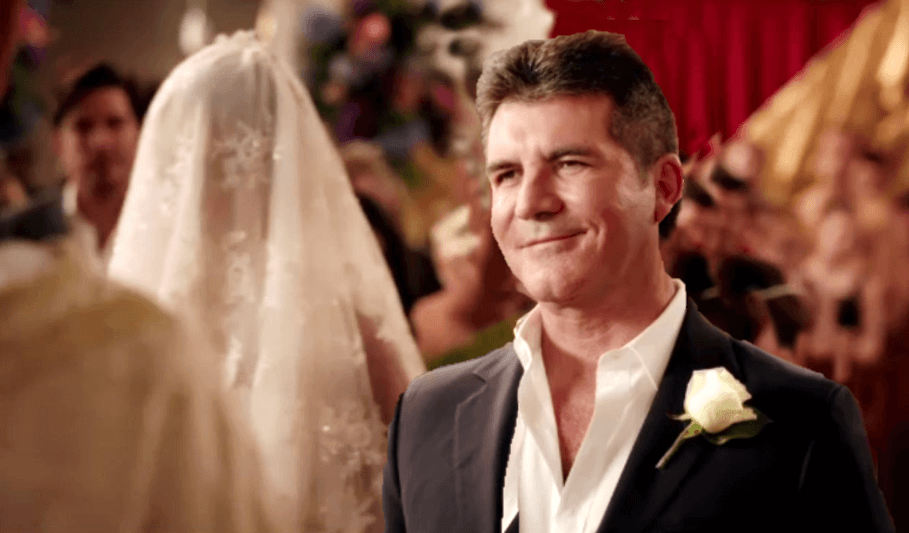 Simon Cowell has never been married, so how is there a video of his wedding online? It was all part of a funny Red Nose Day sketch in 2013. Simon’s fellow Britain’s Got Talent judges were in attendance, as well as some former talent show contestants.

So who was the lucky bride? We only find that out after a few hilarious cameos, but it’s well worth the wait. Check out the sketch in the video below.

BGT judges Amanda Holden and Alesha Dixon make appearances in the video as bridesmaids, while singer Robbie Williams showed up to do a reading of Take That lyrics. Meanwhile, BGT winner Paul Potts performed “So Macho” by pop star Sinitta, who Simon discovered.

OLD SAVAGE SIMON COWELL IS BACK ON ‘AGT: CHAMPIONS’

The ceremony wasn’t without interruption, however. Judge David Walliams made a sudden appearance in a wedding dress. “It should be me and you getting married today,” David told Simon. However, Simon rejected him, saying, “It’s a no from me.”

It wasn’t long before a few other would-be brides showed up, in the form of X Factor runner-up Olly Murs, host Dermot O’Leary, and judge Louis Walsh.

So Who Was Simon’s Lucky Bride?

It wasn’t long before everyone in the church was declaring their love for Simon. Eventually, the minister had to put an end to it by shouting, “Enough!” But that didn’t stop one last objection from Sharon Osbourne, who said she wanted to marry Simon to “ruin the rest of your life.”

However, there was only one wife for Simon Cowell, and it’s exactly who you would expect it to be — himself! And yes, he did kiss the bride, with the help of a few camera tricks. Leave it to Simon Cowell to marry himself for charity. We wonder how his partner Lauren Silverman feels about it. Something tells us it’s not legally binding.