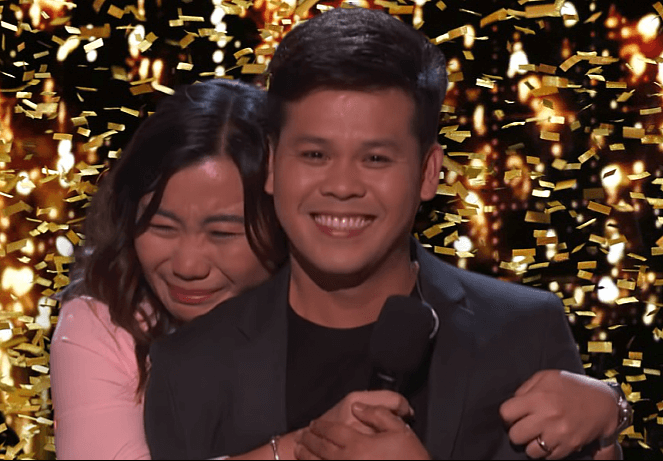 The fan power is STRONG for Marcelito Pomoy! In our latest poll, we asked you to vote on who you’d like to see win ‘AGT: The Champions’. Well, the results are in. Claiming over half of the entire vote, Marcelito Pomoy has won by a landslide. Simon Cowell, we hope you’re listening because it might be time to ditch the super fan vote.

Ahead of tomorrow’s AGT finale, here are the results from our fan vote:

Marcelito Pomoy wins, with over half of all votes for him. V. Unbeatable come second with 25% of the vote and Angelina Jordan making the top 3 with 15%. Congratulations Marcelito!

When is the ‘AGT: Champions’ superfan results announced?

The superfan results will be announced tomorrow night on the final episode of ‘AGT: The Champions’. Although the contestants won’t perform again, it’s this episode that will announce who has won the competition.

Since the final episode aired, the controversy over Simon Cowell rigging the results and calling Marcelito Pomoy ‘predictable’ has sparked outrage amongst viewers. Some mentioned that because of Simon’s comments alone, it’s likely super fans are less likely to now vote for Marcelito.

Ahead of the results episode, fans continue to call out Simon Cowell

It seems it’s not just Marcelito Pomoy that has lost out on judge support on a Cowell show. This tweet mentions that many other singers from the Philippines have seen ‘clear sabotage’ in the past, including X Factor’s 4th Impact. It’s possible that Simon is worried that if Filipino stars win, the chances they will reach success over those in the UK or USA are low. We really hope this isn’t the case because, over the years, it’s been clear that Filipino power is STRONG! Maybe it is about time the superfans take that into consideration and judge from all angles. And even though the Filipino passion doesn’t have a direct impact on the TV ratings, it does impact the online chatter. These overwhelming poll results are an example of this but so is Twitter,

Another pointed out that Marcelito Pomoy was only selected to perform on AGT: Champions ‘for views’.

America’s Got Talent: The Champions continues tomorrow night for the results episode on NBC 8/7c. Catch up on this year’s season of ‘The Champions’ HERE!