Heidi Klum Is Already Preparing Her Halloween Costume for This Year
February 14, 2020
Be the First to Comment 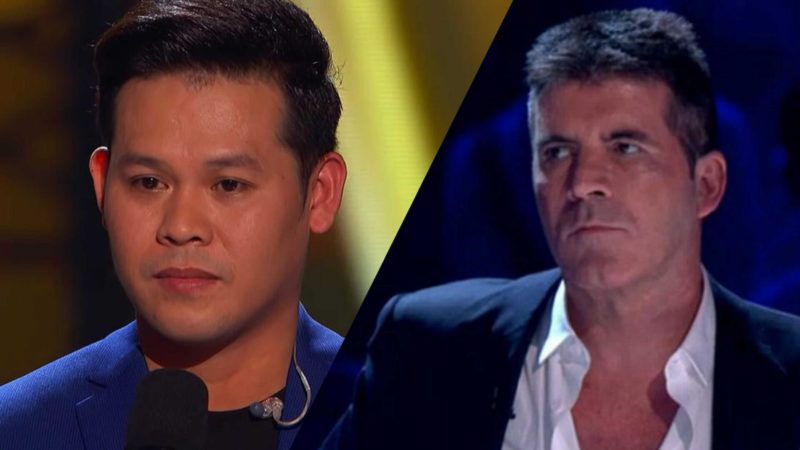 Filipino singer Marcelito Pomoy performed an impressive rendition of “Beauty and the Beast” in the AGT: Champions finals this week. His song choice received some criticism from judge Simon Cowell, but it turns out Marcelito wasn’t even the one to choose it.

In a new interview, Marcelito shares some insight into the song selection process and reveals how he felt about his performance going into next week’s finale.

In the semifinals, judge Simon Cowell told Marcelito he should take a “bigger risk” in his next performance. Marcelito said in an interview that he accepted the challenge. He came back with an amazing performance of “Beauty and the Beast,” sung in both high and low voices.

However, Simon wasn’t satisfied. He called the song choice “predictable” and “safe.” But Marcelito has shared in past interviews that AGT chooses which songs he sings, based on a list he gives them.

“Actually, to be honest, it was the crew who had chosen it,” Marcelito said of his latest song in a new interview, “basing it on what Simon says because Simon is the head there. The crew had difficulties because of the very limited time.” He added that things were “rushed,” and the crew was “in a panic.” As Marcelito explained, “The other songs I gave them they did not choose, and that was the one they picked, so I didn’t have any choice.”

If, like Marcelito said, the crew based the song choice on Simon’s opinions, does the judge really have a right to criticize the singer for what he sang?

How Does Marcelito Think He Did In The Finals?

“For me it was okay, I’m somehow happy with it,” Marcelito said of his finals performance. “So long as I can sing and deliver it well, it’s okay with me.” He added, “I’ll just leave it all to God.”

Many of Marcelito’s fans have been angered by how the show has treated him, first when he wasn’t given the Golden Buzzer and again following Simon’s negative comments.

“Well, there’s nothing I can do about that,” Marcelito said in response to fans asking for “justice” on his behalf. “I’m just hoping they don’t get disappointed because at least I fought a good fight. I proudly raised the Philippine flag.”

Even if Marcelito doesn’t win AGT: The Champions, he has plenty of work ahead of him. He shared that he’s received “a lot of bookings” since his first appearance on the show.