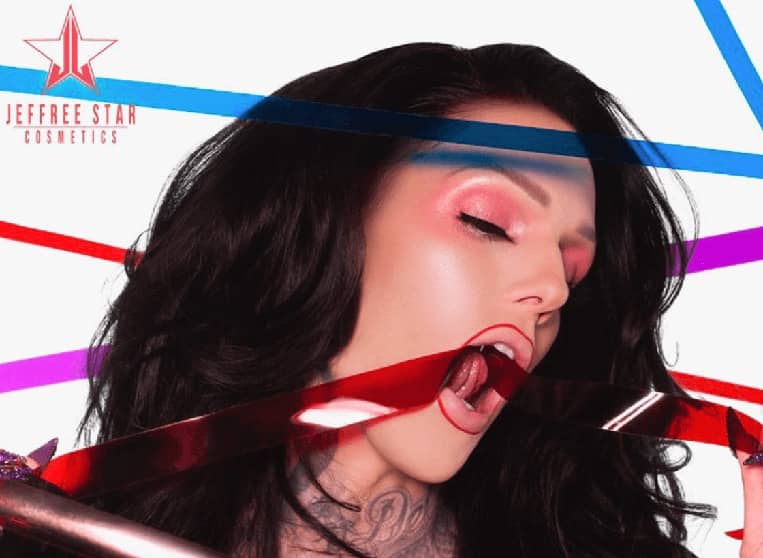 Jeffree Star has been rather quiet on social media since new information came to light about his and best friend Shane Dawson’s controversial past actions. The pair were exposed in YouTuber Tati Westbrook’s 40-minute long video for manipulating her into leading the charge to cancel James Charles. There have also been resurfaced screenshots of Jeffree using racial slurs in a slew of text messages. However, Jeffree is not letting any of it get him down as he is dropping a new makeup launch for his beauty brand Jeffree Star Cosmetics.

This seems like a really weird time for Jeffree to be launching a makeup product, but the YouTuber is keen on making money with his hugely popular brand. He recently announced that Velour Lip Liners are back with a new formula and are “more luxurious than ever!” They come in 26 shades to match his iconic best selling Velour Liquid Lipsticks and promise “stunning suede matte finish, creamier texture, and allows for multi-layer applications without buildup.” They are launching on Friday, July 10 at 10 AM PST after not much promotion was done in the wake of all of this drama.

Some people commented on the posts saying that Jeffree should put out some kind of statement after all of the YouTube beauty community drama along with past comments resurfacing where he used racial slurs. One comment read “BYE SISTER” which is a nod to Tati’s infamous video title where she spoke about James and why he should be canceled. Other commenters asked, “Are you really doing this now?” Some fans and former fans definitely think this makeup launch just has some major bad timing.

Just recently, reality star Blac Chyna posted a series of photos with Jeffree. While it was initially unclear if the photos were throwbacks or taken recently, Jeffree sported the same wig in the photos as the one he wore in a recent YouTube video. So it looks like the photos were taken at some point within the last few days. Jeffree is obviously not hiding, nor is he apologizing for any of the things he has been accused of. Almost all of the comments on the posts scolded Blac Chyna for hanging out with Jeffree after he has failed to address his past racist comments or recent YouTube drama and blackmail threats. This Jeffree Star Cosmetics launch comes after Tati revealed that Jeffree claims to have a voice recording of one of James’ alleged sexual assault victims. So far, no victims have come forward but this drama has pretty much caused both Jeffree and Shane to lose fans. Again, a lot of this drama seems like it would be better settled in a courtroom than on social media.