How Judging ‘The Voice’ is a Full Circle Moment for Pop Star Rita Ora
March 18, 2020
Be the First to Comment 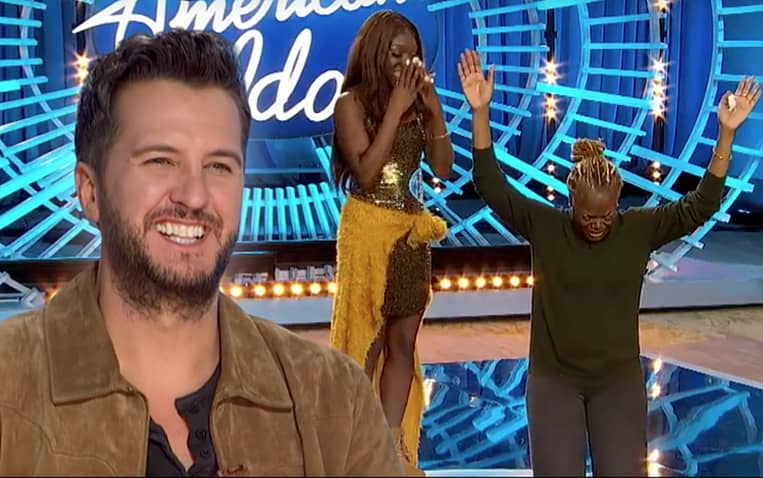 18 years old, Jahzan and her mother are making a name for themselves on ‘Idol’ this year. We can’t quite tell if this is the weirdest audition of the season, or simply the most heartwarming. But what we do know, is we can’t stop watching!

Meet Jahzan a teen from Jamaica with superstar quality burning inside of her. Accompanied by her mother, this two-part act is the audition we never knew we needed.

Jahzan was first joined by her mother in the audition room, where both of them performed a duet of ‘Rockabye Baby’. Her mother added a whole new set of skills to the performance, dancing right by Jahzan’s side. Let’s just say, the dance moves were rather easy to interpret!

RELATED: WILL ‘AMERICAN IDOL’ AND ‘THE VOICE’ LIVE SHOWS BE AFFECTED BY CORONAVIRUS?

The teen then performed a stunning rendition of Demi Lovato’s ‘Warrior’. Whilst the audition wasn’t pitch-perfect, the panel saw real potential in Jahzan. ‘There is something real interesting in your voice’, says Katy Perry just moments after the teen singer began to tear up. The 18-year old’s mother also fell emotional, praying throughout the duration of the audition. The singer was granted a ticket to Hollywood.

SEE ALSO: SIMON COWELL FIRED THIS JUDGE FOR BEING “HATEFUL”, WHAT HAPPENED TO HER CAREER?

Both the teen and her mother defied all odds before they were given the opportunity to appear on Idol. The two spoke to the judges about their lives before appearing on the show, claiming they moved to New York for a better life, just three years ago. Jahzan also says that her father is now absent from their family life.

The duo from Jamaica now sleep homeless on the streets of New York, busking throughout the day to generate enough income to survive. Jahzan made the point that ‘safety’ was the fundamental reason why they left their home country. The singer says that she is unable to talk in detail about why they left their home country. The mother and daughter continue to stay optimistic however, in hope that ‘Idol’ will change both their lives.

Take a look at Jahzan busking on the New York subway, just one year after she moved from Jamaica:

Haven’t caught up with the latest episodes of American Idol? Don’t fear, you can watch all the episodes ON DEMAND here!