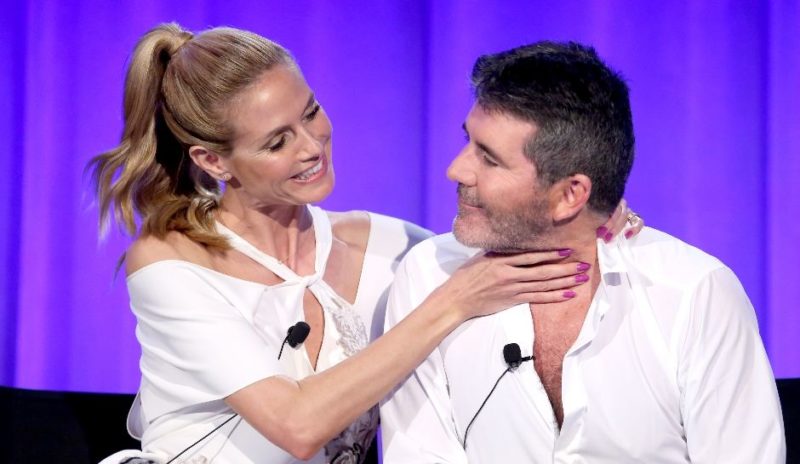 AGT: The Champions judge Heidi Klum is weighing in on the recent controversy with the show and Simon Cowell. She has positive things to say about her experience on the show, and even defended Simon.

Gabrielle Union and Julianne Hough were recently fired from AGT after one season, with reports emerging about a “toxic culture” on set. Gabrielle complained about racist comments, including being told that her hairstyles were “too black.”

“I’ve only had an amazing experience. I can’t speak for (Union). I didn’t experience the same thing,” Heidi said, according to USA Today. “To me, everyone treats you with the utmost respect. I’ve never seen anything that was weird or hurtful.”

Heidi added that she never witnessed any racist behavior, and she didn’t feel like there was too much focus placed on her appearance. She said that there’s a “cat-and-dog fight” on the show, but called it “fun.”

Speaking of catfights, Heidi also had something to say about Simon Cowell’s habit of meowing into the microphone when female judges critique female talent.

“If there’s a girl on stage and she’s a beautiful girl … and I said, ‘I didn’t love the act so much, I think you’re gorgeous and this and that,’ and he’s like, ‘Meow!’ I think that’s funny, because I understand the joke, because normally girls are catty and it’s like, ‘Oh, maybe I don’t like the girl on the stage because she’s beautiful.’ But, like relax! It’s a joke.”

Heidi may think Simon’s “meow” comments are funny, but Julianne Hough certainly didn’t. Last season, she confronted him about the habit, which many consider sexist.

“Do not start with the meows,” Julianne told him, asking the other judges to kick him if he did it again. She even threatened to spit her drink in his face.

Simon has also done this to the female judges on BGT. Alesha Dixon (who is also judging AGT: Champions this season) spoke up about it in 2017, saying, “The minute we say we don’t like a female contestant for one reason or another, he thinks we’re being catty, which is ridiculous.”

Despite Heidi’s defense, AGT and Simon Cowell are still being investigated by NBC.

‘American Idol’ 2020: Premiere Date, Time And Where To Watch