Katy Perry Admits She Turned Down the Chance to Work with Billie Eilish
December 30, 2019
Be the First to Comment 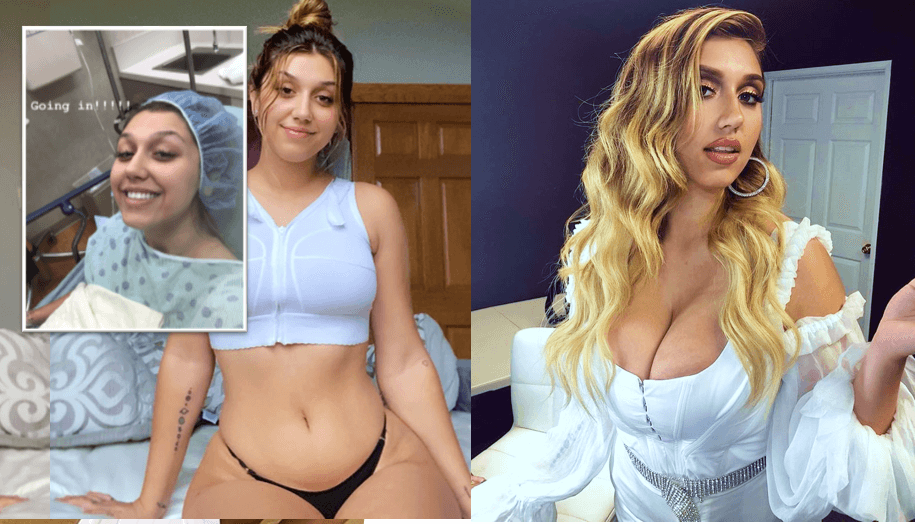 Former The Voice contestant Hannah Mrozak recently documented her experience with breast reduction surgery on Instagram. The Season 13 singer said she wanted to share her journey to help fight the stigma against the procedure and others like it.

The 21-year-old posted several videos on IGTV earlier this month, starting before her surgery and going through her recovery process. Considering Hannah has 33,000 Instagram followers, the message reached a lot of people.

In Hannah’s first video related to the surgery, she explained what her pre-op procedure was like, and what she couldn’t do (including drinking or smoking). She said that she was unsure about whether to have the surgery “for the longest time,” but added that everyone she knows who has had it done “has never regretted it.”

“One day before the surgery, Hannah wrote in a caption “Well, today is officially the last day I have to walk this earth with these obnoxious ass titties. I’m very nervous for surgery tomorrow but far more excited than anything. It’s gonna be so WEIRD not having these bazoongas hanging off my chest but I am READYYYYY to finally not have constant neck and back pain and wear cute little bralettes and all that other cute stuff that I’ve never been able to wear my whole life. I just feel like this is the beginning of a new chapter for me and with 2020 coming up, I have a feeling it’s gonna be my year. So goodbye massive boobies!!!! You will not be missed.”

THE VOICE: COMPARING ADAM LEVINE TO GWEN STEFANI — WHO DID BETTER?

After the surgery, Hannah said it went “perfectly,” and shared that she’s “so happy” with the results. She said her new breasts “look amazing.” Hannah added, however, that she was “very swollen.” The next day, she said the pain had worsened.

The day after her surgery, Hannah updated followers about how she was recovering. She also showed off the results, including the sacks which collected the excess fluid being produced by her body.

It’s great to see that the surgery went well, and that Hannah is satisfied with the results. She said before the operation that she had neck and back pain because of her chest size, and shared that her breasts would be reduced by at least four cup sizes.

Hannah is a singer from Wisconsin who competed on Season 13 of The Voice. She started on Team Adam Levine and moved to Team Jennifer Hudson in the Knockout rounds. She made it to the Top 20 artists, but wasn’t chosen to move on to the Top 12.

Hannah is now part of an all-female vocal group called Citizen Queen. They have 310,000 subscribers on their YouTube channel, where they post covers of popular songs. They’ve even posted an “Evolution of Girl Groups” medley which has over 13 million viewers.

Another fun fact about Hannah for all you talent show geeks, is that she appeared on season 14 of American Idol.