‘American Idol’ Alum Cade Foehner After a Rockstar Season
September 5, 2019
Be the First to Comment 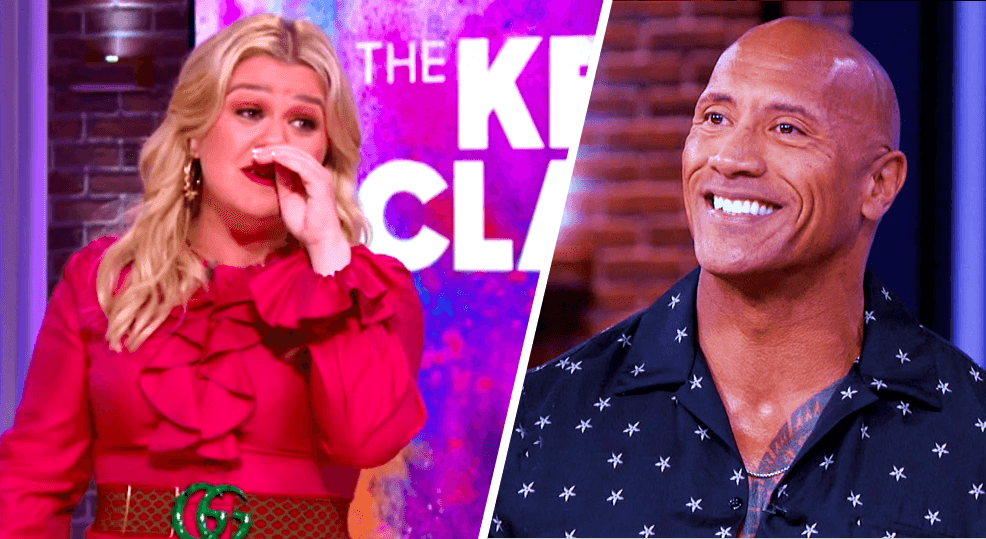 There is no bigger star in Hollywood right now than Dwayne “The Rock” Johnson. He is currently the highest paid actor in the film industry. So, when The Voice coach Kelly Clarkson lost her first guest for her new talk show, The Kelly Clarkson Show, The Rock saved the day.

Why Dwayne ‘The Rock’ Johnson Stepped In

This week was the premiere of Kelly’s highly anticipated talk show. It promises to be really entertaining because Kelly is irresistible. What better platform for Kelly than a talk show. According to pretty much everyone she never shuts up. But, you know, in a good way. Her first guest was supposed to be comedian Kevin Hart. Unfortunately, Kevin was in a serious car accident a few days ago and is still recovering. That’s where Dwayne Johnson came to the rescue.

Kevin Hart And The Rock Are Tight As Can Be

Kevin is good friends with Johnson who worked with him on his recent film Hobbes and Shaw. One phone call to The Rock and he was on the first plane to LA. That in and of itself would be a great thing…but there is more. Dwayne was on his honeymoon with new wife Lauren when the call came. So, he left the honeymoon Midway and became Kelly’s first ever guest.

It’s awesome to see Lauren being so supportive of The Rock and we wish Kevin Hart a speedy recovery, regardless of his anti-LGBTQ comments on the recent episode of HBO’s The Shop: Uninterrupted.

E! News just announced that Normani will be Kelly Clarkson‘s advisor in The Voice this season and we are jumping up and down with glee!

Both of them are from singing competition, Clarkson won the first season of American Idol, and Normani became part of Fifth Harmony after competing on The X-Factor in 2012.

Season 17 of The Voice just got hotter.