Simon Cowell Counts Down His Favorite ‘AGT’ Golden Buzzers
April 10, 2020
Be the First to Comment Joel Osteen is inviting you to spend your Easter Sunday with celebrities. The famous pastor, of Houston megachurch Lakewood, is hosting a virtual service this Sunday, featuring some big names in entertainment.

Easter is going to be different this year for many who celebrate it, as the coronavirus pandemic has led to bans on large gatherings such as church services and parties. But thanks to modern technology, people can still come together — with some famous faces.

“I had known Mariah from years past,” Osteen told TMZ, adding that Mariah actually reached out to him to do a tribute to health care workers. She’ll apparently perform while sharing video footage of first responders.

“I’m not so sure exactly what he’s going to do,” Joel said of Kanye. (And isn’t that always true?) However, he did share that the rapper’s choir would be practicing social distancing while they perform, which will be interesting to see.

When asked why he chose to host Sunday’s service virtually, Joel said it “felt right to me to honor the authorities.” He said rather than a “lack of faith,” it’s about “respect to mankind.”

This isn’t Kanye’s first time at Joel Osteen’s church. Last November, he and his choir performed in a “Jesus Is King” service at Lakewood Church. Kanye’s gospel group is called the Sunday Service Choir.

Since last January, Kanye has been hosting a Sunday Service once a week. Aside from a few public events, most of these services are invitation-only. Guests reportedly have to sign an NDA if they attend. Last Christmas, the choir released their debut album Jesus Is Born.

Will you be tuning in to Joel Osteen’s star-studded Easter service? Let us know in the comments. 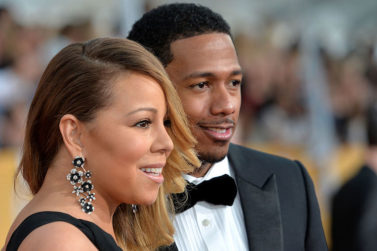