7 Facts About ‘America’s Got Talent: the Champions’ Finalist Cristina Ramos
February 24, 2020
Be the First to Comment 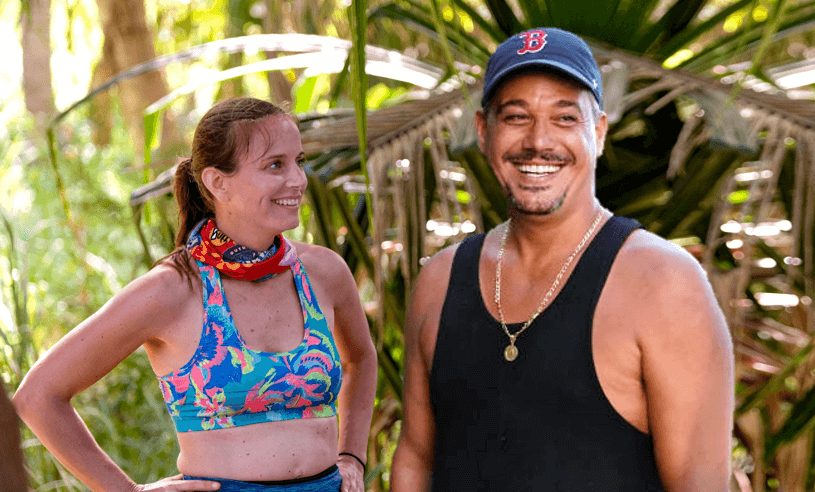 Two of the most fan-anticipated castaways in the lead-up to Survivor: Winners at War were undoubtedly Amber and Rob (AKA “Boston Rob”) Mariano. It was a dream come true for many longtime fans to have both halves of the first real-life couple brought together on Survivor back for this milestone 20th anniversary season. But while it’s been great TV to see them compete in the same season, it might not have been the best idea for their chances to be successful in the game.

Married Marianos on ‘Survivor’ The Path to Victory or a Big Mistake?

The History of Rob and Amber on ‘Survivor’

Way back in the early 2000s when her last name was still Brkich, Amber competed on Survivor’s second season, The Australian Outback. A year later, Rob appeared on Season 4, Marquesas. Neither of them won, but when they returned for All-Stars in Season 8 they ended up as the final two. That season ended with Amber ultimately taking home the million-dollar prize…and an engagement ring presented to her by Rob during the season’s cast reunion special!

Click Here For All The Details on BTS’s New Album: Map Of The Soul!

It may have seemed like a fairytale ending, but Rob and Amber’s reality TV career was just getting started. They competed as a team on two seasons of another CBS reality show, The Amazing Race and had a televised special focusing on their wedding. Rob also played two more seasons of Survivor: Heroes vs. Villains and Redemption Island, the latter of which he won.

Both Rob and Amber have said for years that they would never return to compete on Survivor. But CBS managed to pull Rob into mentor the contestants on Island of the Idols last season, and now, nearly 20 years and four daughters later, both Marianos have returned to compete on the 40th season of the show, Winners at War – along with 18 other previous Survivor champions.

Rob and Amber aren’t the first married couple to play on the same season of Survivor – the show has had two Blood vs. Water editions featuring family members compete against each other – but they’re the only ones on Winners at War, and that kind of built-in, “unbreakable” alliance automatically creates a huge threat to the other players in the game.

Being former winners and all, those players aren’t stupid. Even though the producers placed Amber on the red-buffed Dakal tribe at the start of the game and Rob on the blue-buffed Sele – no doubt hoping separating the two would improve their chances at sticking around for a while – most of their competitors were still eager to get at least one of them out as quickly as possible before a potential swap or the merge came around so they wouldn’t get to meet up and officially align in the game.

What certainly didn’t help the matter was that in a season with most of the cast members already knowing each other, they decided to keep the fact that they were playing a secret from the other contestants. So when fellow contestant Sandra Diaz-Twine – who had just spent over a month living with Rob on the island as mentors during the filming of the previous season – saw the two of them arrive, she was immediately out for revenge.

Sandra seemed to be gunning for Rob, but she ended up on the opposite tribe as him. So she went for the next-best plan of revenge and made sure Amber was the first person eliminated from the Dakal tribe. (This was also supported by several of the other castaways, who feared that the perceived closeness of certain players outside of the game would naturally lead to an alliance.)

Amber will have two chances to get back in the game down the line, but even if she doesn’t, it looks like she could serve as a sort of sacrificial lamb that could help Rob’s game. Not only should her elimination bring the size of Rob’s target-factor down a couple notches, while on the Edge of Extinction (where this season’s eliminated players stay to await their shot at returning) she will also have the chance to give advantages in the game to the remaining players. She’s already bequeathed the fire token (which can be used to buy food and advantages) she was given at the beginning of the game to Rob, and if she finds other advantages on the Edge she may be able to help him in that manner as well.

But the question remains: should both Rob and Amber have agreed to play Winners at War in the first place? I think most fans would give a resounding “yes” to that question based on pure entertainment potential and nostalgia, but from the perspective of them as players, it probably wasn’t the best idea.

From a gameplay standpoint, I think the scene giving the Marianos the best shot to take home the season’s special two-million-dollar prize would be for only Amber to return. Rob has been considered a major threat during his past couple of seasons, while Amber is looked at by many as little more than a coattail-rider who wouldn’t be viewed as a big threat if she didn’t have an automatic alliance in the game with her.

SEE ALSO: AT 16, DWYANE WADE WATCHED MOM SHOOT UP AND “SLOWLY KILL HERSELF” BEFORE SHE WAS ARRESTED

The people with this mindset would most likely overlook Amber’s social abilities, which would allow her to fly under the radar long enough to go far and potentially even win. Sure, she hasn’t played since before Hidden Immunity Idols were even introduced to the game, but we know she’s been tuning in for every season since, along with Rob and their four adorable daughters!

Do you think Amber competing solo would have been the best path to a Winners at War victory for the Marianos? Let us know in the comments below!