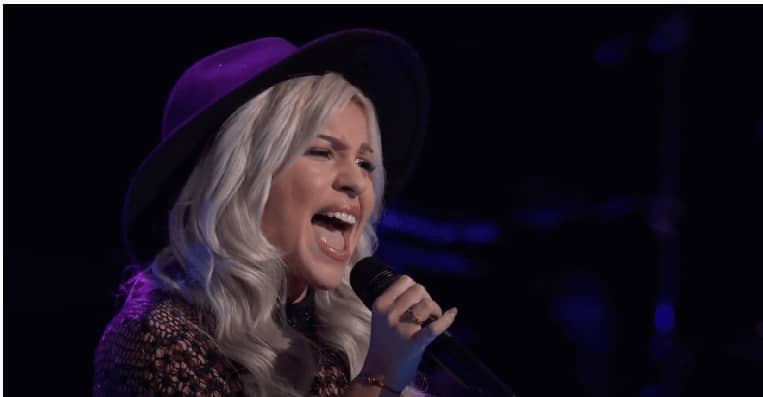 Genesis Diaz auditioned for season 14 of The Voice with one of the most emotional songs of the decade. She had both Adam Levine and Blake Shelton fighting to get her on their teams. Watch her audition below to find out which coach she ended up choosing.

Genesis Diaz Had The Coaches Fighting Over Her After Emotional Performance

Genesis’s parents were both musicians but had to give it up when they moved from Cuba to Miami, Florida. She wanted to carry on their dreams by launching a music career of her own at the young age of 13. She joined a country band and after some success went on to explore other genres to find the one that suited her the best. After high school, she found a love for Spanish-language pop music and began working on her own songs.

Coming onto The Voice was a chance for her to make a name for herself on one of the world’s biggest stages. She sang the very emotional song “Praying” by Ke$ha for her Blind Audition. The song has a deep sentiment about facing adversity and finding peace within yourself after going through difficult times. During the audition, Kelly mentioned how big of a song it was as all of the coaches listened very intently.

At the very last second of the song, Adam finally turned his chair. He thought he was coy in the attempt to secure Genesis on his team by waiting until the last second. Little did he know that Blake also planned to turn his chair at that exact moment. This led to an all-out war between the two rivals who had been fighting and making up on each of the previous seasons of The Voice. Genesis chose to be on Team Adam.

In the Battle Rounds, Genesis went up against Mia Boostrom singing “Because Of You” by Kelly Clarkson. Singing it in front of Kelly truly had the nerves flowing throughout the performance. Despite complimenting Genesis on how she could literally do anything vocally, Mia was chosen as the winner of the Battle. Fans think Genesis was eliminated from the competition way too early on. Where Is Genesis Now?

In 2019, Genesis announced that she would be taking part in La Voz, the Spanish language version of The Voice. For her audition, she sang James Brown’s “It’s a Man’s World.” She ended up turning three chairs and chose to be on Team Alejandra Guzmán. She made it all the way to the Semi-Finals before she was eliminated from the competition. Ultimately it was Jeidimar Rijos on Luis Fonsi’s team who won the competition.

Along with singing, Genesis also does makeup and hair according to her Instagram bio. She often posts covers on her Instagram account including a video singing Miley Cyrus’ “The Climb.”

What did you think of Genesis’s stunning rendition of “Praying” on The Voice.