David Walliams Says He Is Going To Sue Simon Cowell For $1 Billion On ‘BGT’!

How Judging ‘The Voice’ is a Full Circle Moment for Pop Star Rita Ora
May 9, 2020
Be the First to Comment 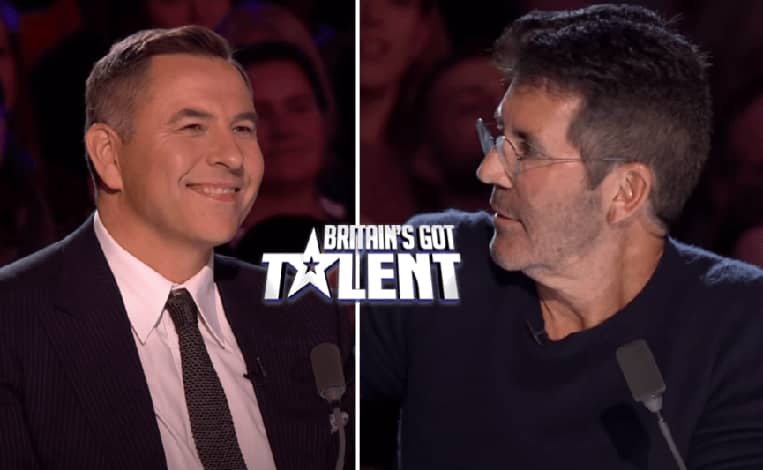 Britain’s Got Talent returned tonight with another set of amazing acts taking to the stage. One moment on the show that we can’t get over was when judge, David Walliams threatened to sue Simon Cowell! Watch the hilarious moment below.

As the Britain’s Got Talent judges arrived at Manchester’s Lowry Theatre for auditions, the panel entered in a fancy looking cart, that definitely wasn’t roadworthy. After Cowell accidentally crashed into the camera crew, Walliams took the opportunity to claim he’d got whiplash and proceeded to state he’d be suing Cowell.

Whilst we can never be sure with David, we can imagine even attempting to sue Cowell would be a drag!

TOP 3! Our favorite performances from this week’s Britain’s Got Talent episode

As per usual, this week’s Britain’s Got Talent episode had everything from tear-jerking moments to true insanity on stage. Here are our TOP 3 favorite acts from this week’s episode.

First up, one of the cutest dog acts we’ve EVER seen on BGT. Amanda Leask auditioned for the show, with her dog that she rescued from an illegal meat trade in Thailand.

“Miracle has been at the heart of our family for six years, but he wasn’t always as happy and healthy as he is today. He spent the early part of his life in unimaginable conditions as a victim of the dog meat trade,” the judges were told when introduced to the cute puppy, Miracle. Miracle showed off her impressive magic skills which led to the cute puppy revealing some of her other furry friends on stage.

Next up to perform for the judges, Nabil Abdulrashid. The stand-up comedian from London wowed the theatre audience and the panel with his hilariously crafted jokes. The golden act made light of his religion, his coworkers and of course, English accents… everything about Nabil was perfection.

The comedian wowed Alesha in particular, who pushed her Golden Buzzer for Nabil after the act. We can’t wait to see his material at the live shows.

Let us introduce you to Aaron and Jasmine. This sexy dance act had the entire audience in awe as the romantic duo showed off their beautifully crafted precision. The act received a standing ovation from the judges and we predict, all those watching at home. Way to go, you both got us in the mood for the weekend!

Britain’s Got Talent returns next Saturday for another round of auditions.

Are Kim Kardashian & Kanye West On The Verge Of Divorce, Feuding Over Kids Amid Coronavirus ?!