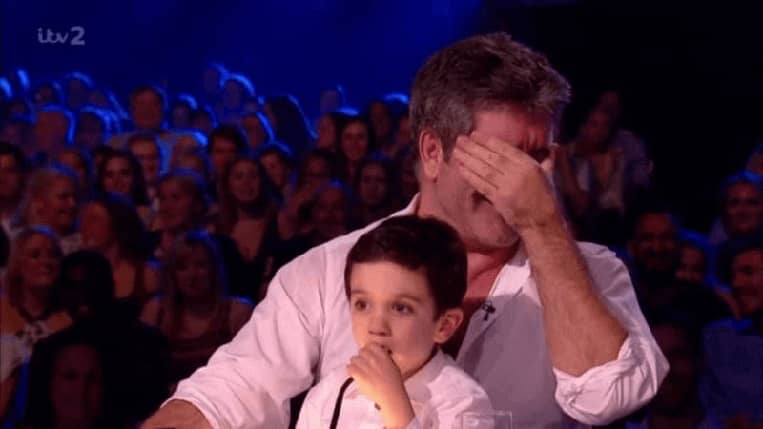 Simon Cowell is currently on the mend after a scary electric bike accident left him with a broken back. The injury was so severe that it could’ve possibly ended in death or Simon being paralyzed for the rest of his life. But before all of this, Simon was focused on the deadly global health crisis and his son’s safety.

Simon spoke to talkRADIO back in February as the coronavirus pandemic started to spread across America. “I am terrified about it. I have worn masks for ages, when I cycle around town, I wear a mask,” he said. “But I am taking Eric to Disneyland Paris next weekend and I’m almost certain when we’re on the train we will 100 percent be wearing masks.” He said that he would be packing “loads of hand sanitizer” for the trip. We all know hand sanitizer was one of the many products that people were clearing from the shelves in order to protect themselves from germs. And while Simon was totally concerned for Eric’s health, he might’ve put his own on the back burner.

Six months after opening up about his fears of Eric getting COVID, Simon fell off his new electric bike in the courtyard of his Malibu home. The 60-year old suffered three breaks in his back and underwent a six-hour surgery to have a metal rod placed. While he is on the mend from this scary accident, it had his fans and co-workers concerned for his health and safety as he has now had to miss out on filming America’s Got Talent and Britain’s Got Talent. If you want to know all of the in-depth details about the bike accident, check out our video below where we break everything down for you. We talk about the afternoon that everything went down and how the recovery process has been going for Simon as he had hoped to make a television return.

Though it is a somber time for the Cowell family, the silver lining in all of this is that Simon has gotten to spend more time with Eric as he is recovering at their Malibu home. Prior to the bike accident, Simon opened up about how Eric has been dealing with being stuck in quarantine. “I was concerned how [Eric] was going to cope with all of this. He has been absolutely amazing…He is still able to do schoolwork, and now we are camping on the weekends in the garden” Simon told ex-girlfriend Terri Seymour in an interview. Terri is actually still really good friends with Simon and confirmed that the break in his back was one centimeter away from his spinal cord.

Terri also mentioned how her good friend and Simon’s longtime partner Lauren Silverman has been very attentive during his recovery. While he was in the hospital she brought him all of his favorite foods and spoke to him on the phone all the time.

Hopefully in time and with a smooth recovery, Simon will be up and doing fun things with Eric again soon.