Watch the Cutest Kid Auditions on Talent Shows Who Shocked Us With their Talent
February 13, 2020
Be the First to Comment 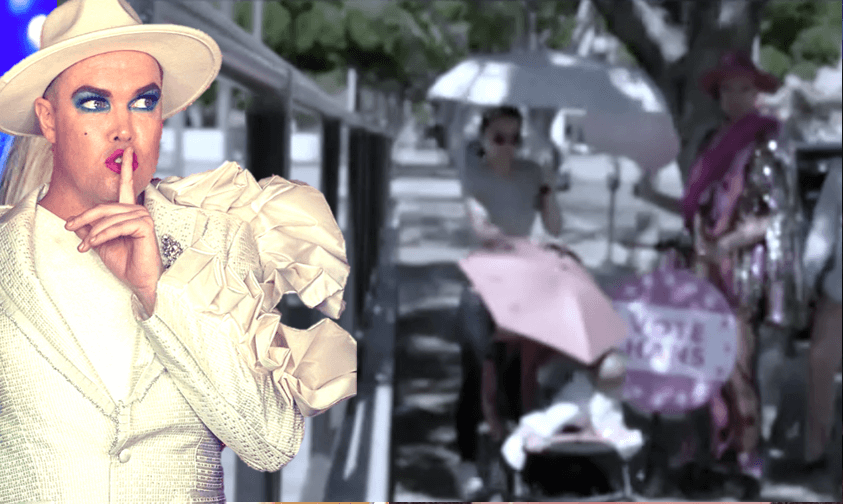 People either love Hans or hate him. Since we first saw him on AGT, he has induces a polarizing reaction from fans and even though things got loud on America’s Got Talent Champions stage this Monday, it was the comment section that actually got louder.

A Tweet said, “Hans is entertaining to an extent! However, it turns out, he is straight! With, a wife and two kids! I have over 40 years in the workforce and still struggling! I like enthusiasm! But, this is a side gig and hopefully is supporting his family!”

So much for empathy Michael, your concern is almost touching.

Obviously Hans laughed it off in a typical Hans way but is he hiding something from all of us? Is he not who we think he is?

Several people are exposing Hans for having kids (some say 2 others say 4, the internet is divided and confused as always), a wife… another day, another internet mystery.

A Tweet also questions has directly, “Do you remember when you learnt to be gay Hans? And what did your wife & 4 kids think?”

To clear the air, Hans DOES NOT have a wife or any kids of his own. Hans reacted to this Tweet like any sane person would, by screenshotting the Tweet and then photoshopping his picture in a kitchen with 2 kids and a woman cooking to poke fun at the speculations circulating online about him.

Dressed in his own version of JLo’s iconic Versace dress, J-Faux, Hans danced to Lets Get Loud with a number of colorful backup dancers, a tap dance interlude, confetti, glitter and his iconic split on the chair.

A lot of fans have felt that Hans should not have advanced to AGT: Champions finals and while a lot of them have a point and not everyone is a hater, Twitter user Monalisa does have a point too that is worth talking about.

She Tweeted, “In a time where there is so much sadness, hate, destruction & general ugliness in the world, there’s @Accordionhans showing us how just laugh…. We need more people like this in our lives, How can he not win this???”

Not sure about winning America’s Got Talent Champions but Hans does bring smiles, laughter and fun to the stage that is infectious. He took to Instagram to write this about his time on the show.

“ITS GRAND FINAL DAY!!!! Thank you all SO much to everyone who has been so supportive!! Please can I ask that you are kind to the other acts as well on the show (especially the younger ones who don’t need to see some of the madness that’s been going on on social media!) At the end of the day, while is apparently a “competition”, we’re all just out there to perform and entertain you! So enjoy, cheer on your favs and have FUN!! HONEY I KNOW I WILL BE”

So now that we know where Hans stands and in case you need it spelled out, he doesn’t have 4 kids and a wife! Let’s appreciate the shade he has given the internet and have a messy time. Side note: we also love the comebacks he has for Simon on AGT: Champions and do think he should come back as a comedy act next time.

Cause Hans does drag make-up, it’s a dig at her make-up abilities. Get it? Okay I’ll stop writing.

Because like her fashion is so — I’ll stop. But in case you don’t understand, comment at the end of the article. Okay? Okay.

I said I will stop, so explaining the joke but you get it right?

Hans’ Response To The Hate He Gets On A Regular

He told Talent Recap exclusively that, “here’s the thing… I don’t mind a bit of Internet shade. I actually do a whole section on the clap backs in my live show. And I can dish it out as much as I get it. I try to have fun with it.
However, I do get upset when I see the kids on the show getting trolled online. There have been fans of other contestants who REALLLLLLY take the competition way too seriously.”

Hans added, “at the end of the day… It’s a variety TV show. We are all there for a reason and we all add something different. And as performers, all we really want to do is put on a great show and entertain the audience. When you can see an audience smiling, dancing and cheering, it’s better than any prize!”

Which is why we love you, Hans!