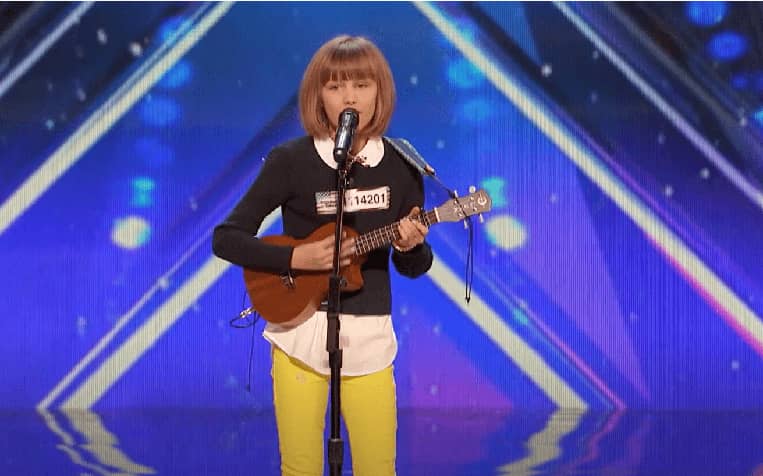 ‘AGT’ winner Grace VanderWaal is sporting a new look on Instagram. The 16-year-old singer shaved her head and also opened up to her fans about healing her past.

Grace VanderWaal Shaved Her Head And Opened Up To Her Fans

Grace posted a clip on Instagram singing with a very heartfelt caption. In the video, Grace sported a new bald look with hoop earrings and a graphic t-shirt. “I’m sitting in a shower.. but I’ve felt a release lately. I feel like I’m finally coping with years of resentment and mental battles” she captioned the video.

“I feel like I’m ready to better myself and actually help myself. I’m ready to not be angry anymore” she continued. “And somethings I’m not ready to forgive and heal. Some things I want to still hurt and be angry at and that’s okay. Something light put it’s hand on me recently.”

SEE ALSO: THE LEGACY GRACE VANDERWAAL HAS CREATED SINCE WINNING ‘AMERICA’S GOT TALENT’

Grace opened up to her 3.6 million followers about this new feeling. “I can’t explain it but I’ve been filled with hope and motivation to get better and heal my past” she added. “I’m so excited for the future for all of us. Every day is a gift of potential progression and new beginnings.” Grace also posted a video getting her head shaved in another Instagram post. She giggled as they realized they were using an electric razor that is meant for dogs. Previously Grace dyed her hair bubblegum pink before giving it the big chop.

Grace Has Already Had Major Success In Her Young Career

Grace is definitely one of the most successful contestants to come out of the ‘AGT’ franchise. She auditioned for the show in 2016 and we could never forget the moment judge Howie Mandel hit his Golden Buzzer. Grace was only 12 when she stunned the judges with her original song not knowing that moment would change her life forever.

If you want to know what all of the other ‘AGT’ winners are up to now, check out the What’s Hot Video below. We talk about everything from their success to the surprising ways some of their careers took a turn after winning the show.

It was a huge moment for Grace in 2018 when she opened for Imagine Dragons on tour. She went on to release an EP called Perfectly Imperfect, and an album called Just the Beginning. Along with releasing even more original music, she has gone on to star in the Disney film Stargirl. She also won an MTV Europe Music Award in 2018. And Grace is taking over the fashion world after she modeled at New York Fashion Week for Marc Jacobs. She has since been very vocal about mental health issues and opened up about it in some of her songs.

SEE ALSO: WATCH ‘AGT’S GRACE VANDERWAAL PERFORM ‘I DON’T LIKE YOU’ WITH A NEW SASS

Plus, the entire time she has been in the spotlight, she has maintained her unique quirky style. One of her songs even went viral on TikTok so there are definitely big things ahead for her in the future.