‘AGT’ Showdown Simon vs. Contestant: Is The Old Rude Simon Cowell Back?

‘American Idol’ Alum Cade Foehner After a Rockstar Season
June 26, 2019
Be the First to Comment 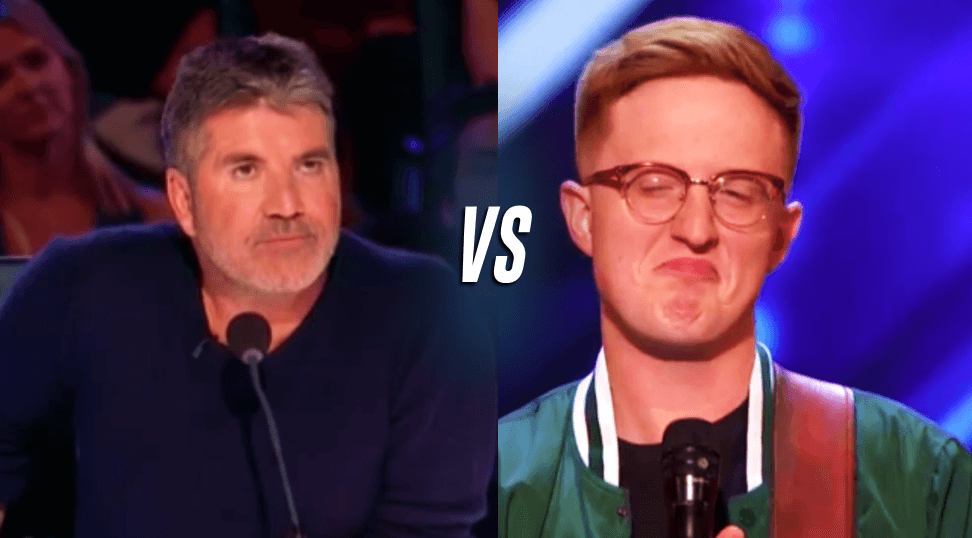 Simon Cowell. In the world of reality talent shows his name stands above all others. After all, he virtually invented the genre in the early 2000’s. In the last few years the mean Simon of 2002 has given way to a nice, supportive father figure. That was until this week on AGT when old rude Simon came back.

It all started when a young man who named Lamont Landers came out onstage with an acoustic guitar. This is already a strike against him for Simon. For some reason, Simon notoriously doesn’t like people who audition with a guitar. It’s probably because most people suck at the guitar or suck at singing or both. At any rate, Lamont sang Let’s Stay Together by Al Green. If you are going to sing Al Green, you need to be able to sing Al Green. Lamont cannot, so Simon stopped him and pulled out the claws. He basically called him a wedding singer. Ouch. And yet, the nice Simon of today gave Lamont another chance. Then he started to give Simon attitude.

This is what I don’t understand about this whole exchange. Why on Earth would you start to argue with Simon? He can dismiss you and won’t give it a second thought. This is when rude Simon Cowell returned. I can’t really blame Simon. I was getting annoyed watching Lamont at home. Simon was rude to him, but unlike back in the day when Simon was often unprovoked, this kid deserved some tough love. He later came back and sang another song and they let him through. This is how I know the old Simon isn’t completely back. The old Simon would have kicked him to the curb way before.

We did see a couple of other rude Simon Cowell zingers. He told Death that he hated him. When Nick of Nick and Lindsey asked Simon what was wrong with his voice, Simon said “Your voice”. Classic rude Simon Cowell. So, while we may never see the Simon who used to regularly make singers cry like back in the American Idol days, it’s nice to see that he still has it.

Have you seen the FAKE Golden Buzzer? Take a look at it here in the episode recap

Which act would YOU hit your Golden Buzzer for? Answer the poll.